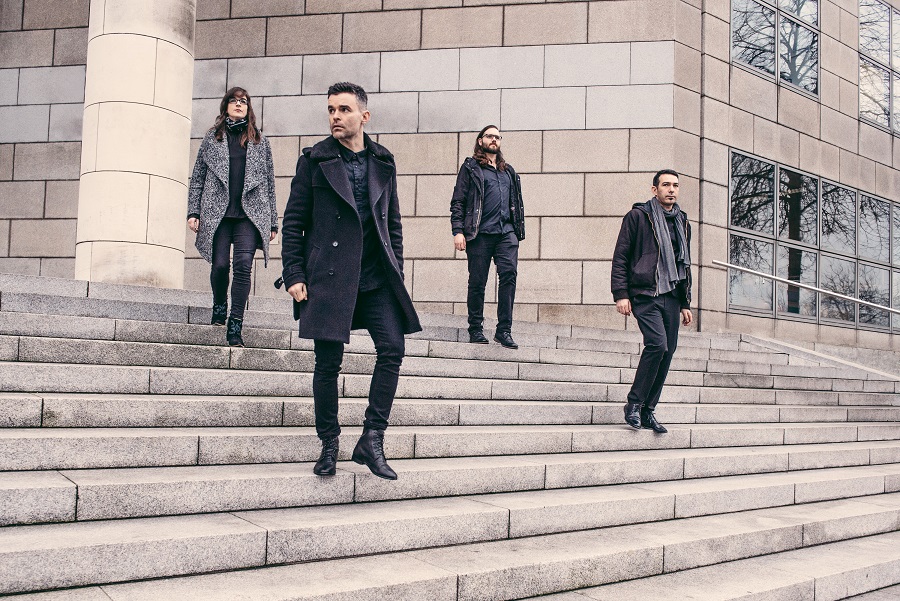 Pursued By Dogs are a four piece from Dublin who make music with guitars, keys, bass, synths and computers.

‘Iceland’ is the second release from the band’s upcoming debut album, which was recorded by producer James Darkin at Temple Lane and Herbert Place Studios in the winter of 2016/2017. A band favourite and the newest of ten tracks demoed for the album, ‘Iceland’ began life as being rejected by James for being underdeveloped in comparison to the rest of the record. Two weeks of wound-licking and frantic re-writing by the band ensued, leading to a track that became slated for release as a single.

The band’s sound has been described as ‘indietronica’, but they prefer this description “…at the line between sad and blissful, a fuzzy end-of-the-night type of music that’s simultaneously affecting and rousing.”

Pursued By Dogs are Andrew Brennan – vocals, guitar; Ronan Marr – production; Suzanne Purcell – vocals, keys; Dave Sheehan – bass. The band previously played under the name DOGS, making a name for themselves on Ireland’s live circuit featuring at the likes of Castlepalooza, Indiependence and earning themselves a nomination for Best New Act at the Irish Festival Awards.

Iceland is released digitally on 17th July, with a video to follow from Vincent Snel.

Pursued By Dogs are gearing up to the release of their debut album with a series of EPs and gigs across summer / autumn 2017.