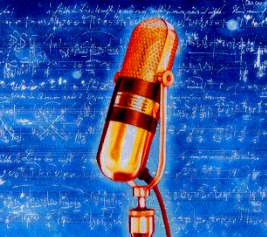 The Quangle Ensemble was founded in 2010 by Matthew Whiteside and Maureen Doris. This non-profit project brings together composers and musicians from across Ireland to create and perform new and exciting music, bringing novel sounds to the masses. With each member contributing to the organisation voluntarily, the ensemble focuses mainly on allowing the music to be heard by as many people as possible.

The Ensemble aims to perform works composed by its members, which would then be performed by the musicians within the group, allowing for exposure for both composer and performer alike. These performances will be conducted in Belfast and Dublin, including prestigious venues such as The Crescent Arts Centre and the
Irish Music Rights Organisation (IMRO).
The first concert from the Ensemble is setting out to be an exciting one. It is to be a concert of electronic music which will explore the myriad artistic possibilities of electronic sound manipulation.
The dates for the first Quangle Ensemble concerts are as follows:


The repertoire for these concerts will feature works by Matthew Whiteside, Daniel Morse, Ben McHugh, Daniel Barkley and Maureen Doris. Each composer is highly dedicated to the music they produce and have had many of their works performed in concerts across Ireland, Europe and the United States.