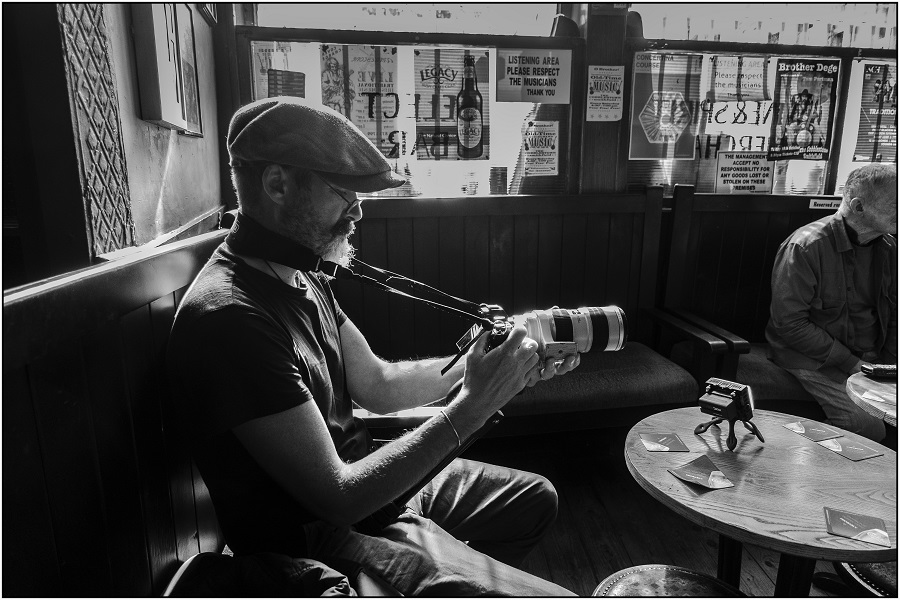 From Friday 22nd to Sunday 24th November 2019, music from the heart and for the soul will fill Cork city’s more intimate venues as Islander presents ‘Quiet Lights’ – an exciting new festival which shines a light on the new wave of Irish and International folk, traditional, and experimental talent. Previously announced names on the line-up include Rozi Plain, Peter Broderick, Ye Vagabonds with Brìghde Chaimbeul, Anna Mieke, Cormac Begley with Liam O’Connor, Lankum, Junior Brother, and there’s so much more.

Now in its second year, the festival are adding strings to their bow, and with this comes the announcement of a festival Featured Artist for the 2019 edition – filmmaker and director Myles O’Reilly.

Jonathan Pearson, Director of Quiet Lights said: “The decision to choose Myles as Quiet Lights’ Featured Artist 2019 was a very easy one. Firstly, his camera has been on so many of this year’s artists that we felt as though he already was an integral part of the process of Quiet Lights, and also that we worked together so well on our hour long documentary Backwards to go Forwards, which was released last Christmas Day.

The festival exists to showcase the very best in the new wave of Irish folk and traditional music, and it could be argued that Myles has been the most important person in bringing this movement forward, with his talent and films giving these young artists a platform they wouldn’t have had without him.”

Music video and documentary filmmaker Myles O’Reilly unintentionally began his career by combining three previous and not so rewarding vocations to form a new hobby while unemployed in a global recession. A gofer with Irish national broadcasters RTE, a photographer and photographic printer, and experience as a recording artist signed to Sony Music Publishing and V2 records UK, in 2009 Myles borrowed a video camera to document local musicians performances and upload the footage to Youtube.

Since then, multi-tasking O’Reilly has filmed, directed, and edited, over 100 music video promos and 20+ music documentaries of Irish musicians at home and abroad, including Glen Hansard, Villagers, Imelda May, The Script, James Vincent McMorrow, Sinead O’Connor, Lisa Hannigan and Mick Flannery, alongside other International artists such as Hollywood soundtrack virtuoso Ernst Reijseger, Icelandic artists Soléy, Múm and Amiina, Janelle Monea, and a long arm list of many rising and emerging artists, all available to view from his blog Arbutus Yarns.

Myles O’Reilly commented: “There’s a culture still alive in Ireland of people who seek out, enjoy, and promote Irish traditional and folk music. Whether as music fans sharing their discoveries with friends, or promoters like Jon and Islander, that do better still and facilitate events for new, exciting and progressive trad and folk musicians to meet, perform, be seen and heard by many.

I’d like to think I do the same with film as a method to promote emerging Irish music. Having worked with Islander on the film Backwards To Go Forwards, it was evident we complement each other. There’s a community forming of like-minded Irish music enthusiasts, ready to put all their energies into nurturing and cultivating the right soil for emerging Irish music to grow, and I’m honoured to have a role.”

A programme of further screenings of Myles’ work will take place over the course of the weekend, and Myles will appear as a guest speaker on various panel discussions at the festival. The full details will be announced soon when the festival release their conversations strand, which will feature thought-provoking commentaries and discussions covering a number of topics.

Keep an eye on www.quietlights.net and the Quiet Lights social channels for details.