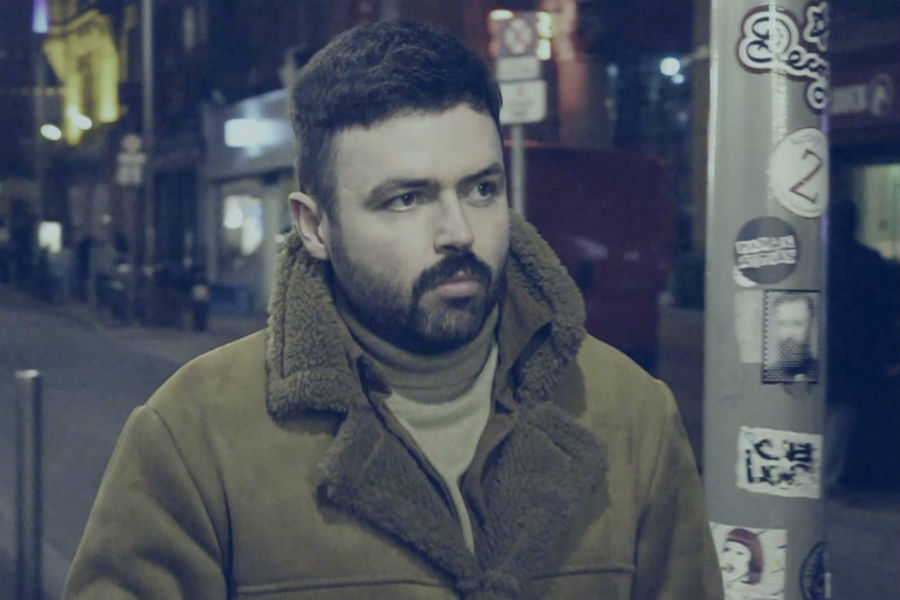 Dublin singer/songwriter Robert O’Connor has released a new music video in time for the holidays, dedicated to, “the less fortunate at Christmas.”

Shot to accompany his version of the 1971 Joni Mitchell classic, the video depicts a somber Robert aimlessly wandering the streets of Dublin, with out-of-focus shoppers navigating their way around Robert, who appears at times frozen on the spot on a crowded Grafton Street.

His stripped back take on the track, produced by frequent collaborator Stuart Gray, hit number one on the Radio Indie Alliance chart, and has already received acclaim from press and bloggers.

MyFizzyPop called it “A daring take on the classic song and one that pays off,” while Essentially Pop said, “If this song doesn’t bring a year to your eye, I’m not sure what will.“

Speaking about the video, directed by David Duggan, Robert said: “It felt misguided to make a typical lip sync video for a song like this. I wanted it to show me feeling out of sync with the environment I was in. For a lot or people, Christmas is the hardest time of year for so many reasons — and most of the media messages we see are hyper-positive — so this is a little nod to those who are struggling to feel festive.”