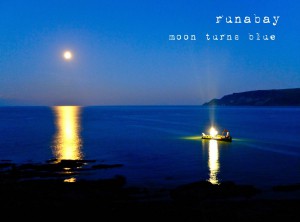 recently celebrated the release of their new single ‘Moon Turns Blue’ on the 28th of February.

Runabay, county Antrim’s unique indie/folk six piece look set to build on its previous single sequences with a new catchy melodic single available from digital retailers by early March 2015. Runabay’s music is accessible, catchy, intelligent but yet so simple and so far appeals to anyone who will listen.

Having just made their debut national television appearance on BBC2 NI in November and also having played their two highest profile gigs with the Rapparees in the Limelight (sold out) on the 19th of December and extra added date in Mandela Hall 20th December, the future is looking very bright for the band that formed in early 2014.

Runabay are playing the Empire Music Hall Belfast on the 7th of March as part of Belfast Nashville Songwriters Festival to promote their second single, information regarding the single will be released nearer the time on their Facebook and webpage.