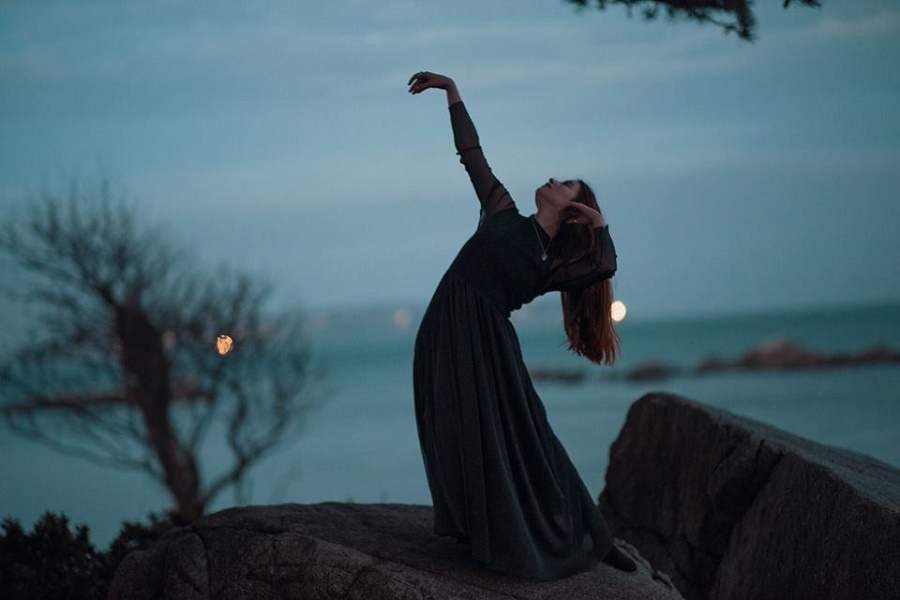 ‘S T R A N G E’  has gained over 30,000 streams in less than a month after being featured on Spotify’s ‘Deep Dark Indie’ playlist.

From the garden in the beginning to the smoke of strife and war, the twisting sound of ‘Strange’ by RUNAH stands naked but for sword and helmet, like Bellona.

Vibrating waves rise and crash within warm low rhythm. Delicious instruments of torture engage the soul, the blood and bones. And like bells ring, beauty rings and swells wonderfully from song to song.

In this magic, if we stay, if we rest, who sits beside to listen like King David at his harp? Can we know devotion? Then all erupts, the splitting tones creeping into our shadows. We are lifted and cast into deeper waters, to die before we live eternally, breathing all the world at once, with RUNAH.

Having been a part of the global Sofar Sounds series and played in various cities internationally, RUNAH has collaborated with other artists, most recently Florida based producer FKNSYD on her recent 2018 EP ‘Calcify’. Other international collaborations have included ‘Neighbourhoods Pt. 2’ with Australian six-piece Fairchild, Melbourne based artist Calan-Mai, a recent support slot for London based duo Empathy Test and recently supported, Wolf & Moon from Berlin.

RUNAH’s debut EP ‘We Only Go To Church in Winter’, produced in her Manchester flat, was supported by Clash magazine, REMY, Analogue Trash, Too Many Blogs and many more.

RUNAH’s second EP ‘Ghosts’ was released in October 2018, and was recorded/produced with David Virgin, Rohan Healy and Al Quiff at Beardfire Studio, Dublin; a father and sons production team who, in their collective six decades of musical experience, have worked – on stage or in studio – with the likes of Nick Cave, INXS, Leslie Dowdall (In Tua Nua), Mary Black, The Cruel Sea, Cat Power, Billy Bragg and Lloyd Cole, to name but a few.