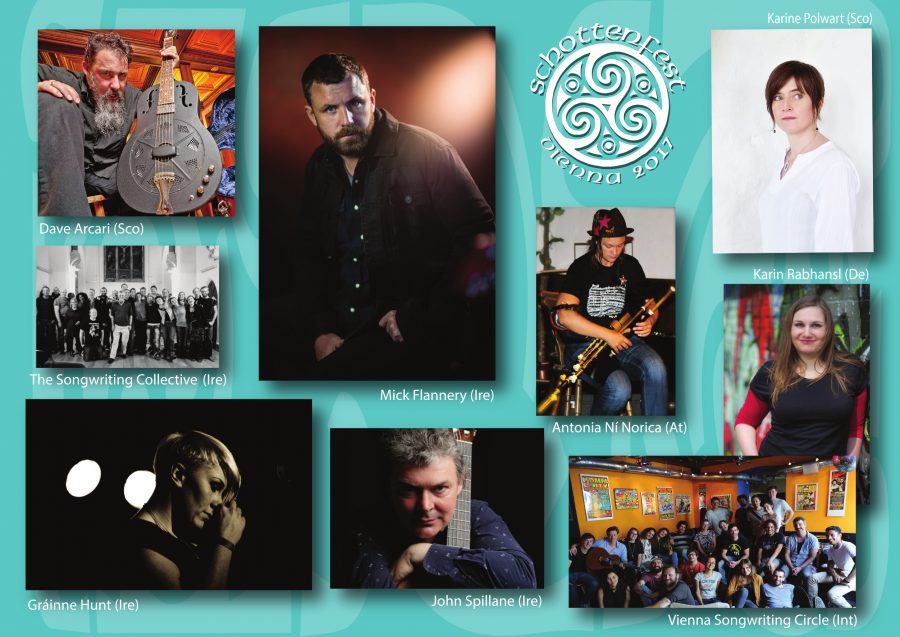 It would seem  there have always been Celts in Vienna. Even the name suggests a world and time long before the Romans. So it is no wonder that looking back through the history of this wonderful city you find footprints and more than just a trace of a Celtic Past. It would seem in fact that that Celtic thread runs throughout.

Schottenfest 2017 is an Irish, Scottish and Austrian Cultural Music festival to take place in locations throughout Vienna and focuses on the Celtic Past and builds on a fantastic debut festival in 2016.

Did you know? In the 12th century  (1155) Henry II of Austria, requiring a monastery for his new city brought Irish monks from Regensburg to Vienna. In the early Middle Ages, Irish Gaelic monks from monasteries in Ireland and the Scottish isles were actively involved in missionary work. Ireland was known in Latin as “Scotia Major”; and therefore, in German, Irish monks were called “Schotten” (Scots) or “Iroschotten”. The monasteries that they founded were called “Schottenklöster”. In the foundation documents of the Schottenstift, Henry II specified that it was to be occupied exclusively by these “Iroschotten” – “Solos elegimus Scottos”.

Drawing on Vienna’s story and the effervescent historical aromas that drift around the city walls, the Schottenfest, like the Gaelic Monks and Irish before, is intent on creating a platform for integration, creativity and learning. With musical concerts and historical presentations around the first district and beyond, the Schottenfest celebrates the rich historical links of the Viennese and the Gael, and that long lasting tradition and links between Ireland, Scotland and Austria.”

“I am extremely impressed by Schottenfest in how it has brought together so many aspects of Irish & Scottish culture in one festival, and reached out to audiences that would not previously have been aware of the strong historical links between our countries”. Kevin Dowling – Irish Ambassador Vienna

With events ranging from Historical tours of the Schottenstift and Cloister, presentations by Uni Wien – Irish Studies department on Hiberno/Viennese Culture and a lecture by Diarmuid Ó Ríain on the lives and teachings of the Gaelic Monks in Vienna, culminating in live-performances from a fantastic group of musicians and songwriters at Theater am Spittelberg, Aera and venues across the beautiful city of Vienna.

“The Schottenfest is definitely a welcome addition to the Vienna cultural scene and will hopefully continue to be so. Expertly put together and professionally carried out“. Simon Bopp – Tourism Ireland Representative Austria

“We loved the idea from the beginning and look forward to working with the festival and supporting it into the future.” Christoph Steinacher – Entertainments Manager – Ruby Marie Hotels