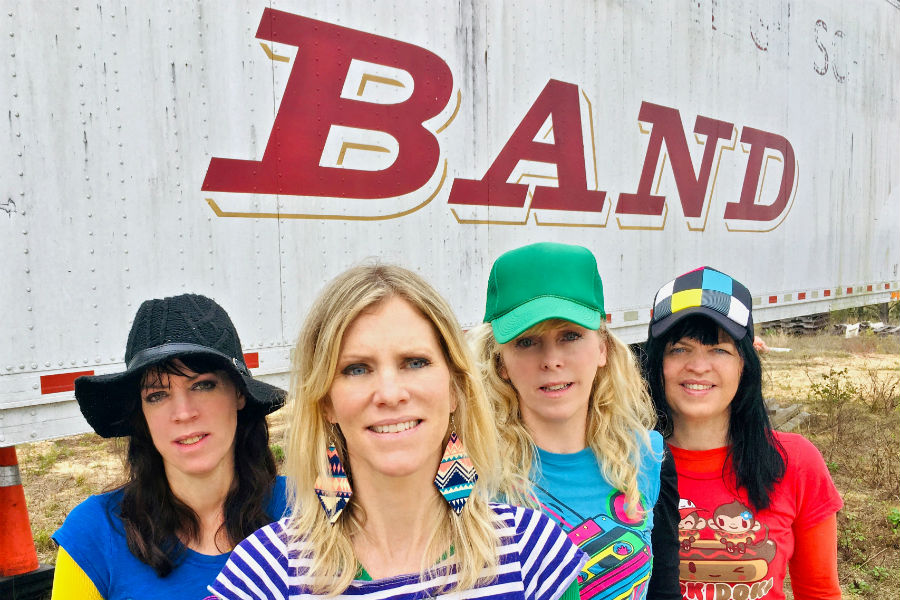 Celtic pop-rock band the Screaming Orphans release their cover of The Turtles’ 1967 classic pop hit ‘Happy Together’ on 15th March 2019. This is the first single to be taken from their upcoming album ‘Life In A Carnival’, released worldwide on Good Deeds Music on 15th March. The band will launch the album in the historic Proctor’s Theater outside Albany, New York on 16th March.

The Screaming Orphans are the four Diver sisters – Joan, Angela, Gráinne and Marie Thérèse – hailing from Bundoran in Donegal. From an early age the Diver sisters performed with their mother Kathleen Fitzgerald, a well-known céilí singer, playing shows in Ireland, England and Germany. When the band hit their teenage years, they formed The Screaming Orphans. In 1997 The Orphans received their big break when Sinead O’Connor asked them to be her opening act and sing with her on her Gospel Oak tour, which lead to gigs in Europe, America and Canada and appearances on the David Letterman show amongst numerous others. In the intervening years the band have topped the iTunes World Music Charts, recorded with The Chieftains and Peter Gabriel, and toured all over the world.

The Screaming Orphans have an eclectic range of influences; from an obvious passion for Irish traditional and céilí music, through to girl-pop such as The Bangles, and classic folk-rock like Simon and Garfunkel. They pull these disparate elements together to create melody driven songs with an infectious vocal hook. ‘Happy Together’ was a natural cover choice and has been part of the band’s live repertoire for years.

This year The Cultural Fan Tour will take place from April 4th to April 15th and gigs confirmed so far include The Sanctuary in Ennis, The Castle in Westport, The Allingham Arms in Bundoran and Whelans in Dublin. The band travel with their fans, take them sightseeing and have dinner with them, as well as introduce them to other Irish musicians along the way. Fans come from all over the US and from all walks of life. In the past this has included ER doctors, farmers, actors, cops, district attorneys and housewives from Oregon, California, Kentucky, South Carolina, Tennessee and North Dakota.

As one can imagine The Cultural Fan Tour has led to some fairly unique situations! The 2017 tour had a couple who now have a baby boy nicknamed ‘Ireland’ as he was their Irish gift. A newlywed couple took the tour as their honeymoon. The band’s current logo was the product of the 2013 tour as Brian Karas, a graphic designer, was one of the fans along that time and he created the logo for the sisters. The band love the opportunity to interact with and get to know their fans, and the fans love the exclusive access to the band, so the Tour is a highlight for everyone who takes part.