Sean and Conor Price to Release ‘Just Somebody’ 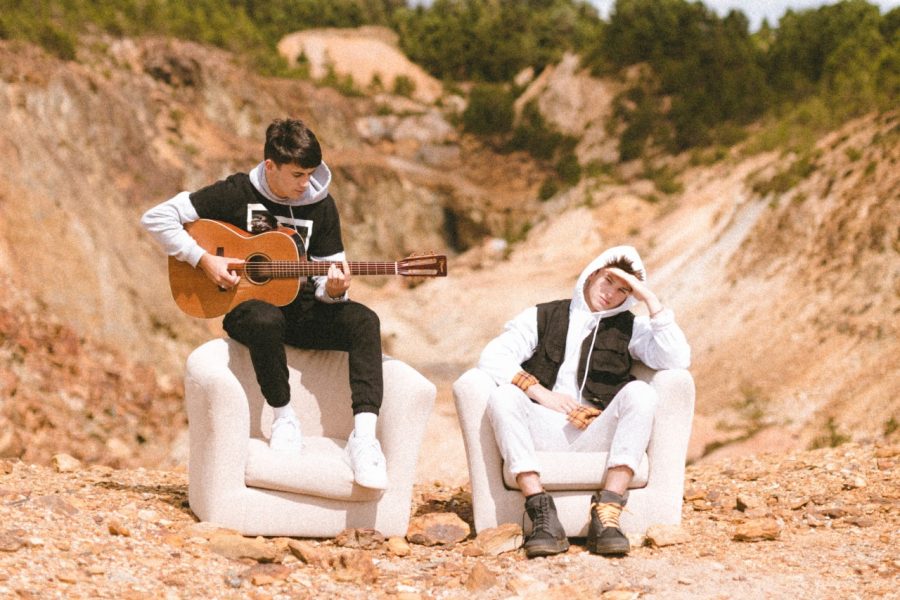 Sean and Conor Price should have been playing to full houses at the INEC Killarney and Watergate Theatre this week but due to the Covid 19 Pandemic and restrictions on mass gatherings they have postponed their shows until later in 2020. While isolating at home in Blessington they have been busy writing and putting finishing touches to many new songs. As a big thank you for all the support from their great fans they are excited to announce the release of their new single, ‘Just Somebody’ on Friday April 24th.

Sean and Conor gave fans a sneak preview of this song at their sold out Academy Gig in Dublin last December. ‘Just Somebody’ is a catchy melancholic song driven by its hooky acoustic guitar lick and hip hop influenced drums. It is a song suitable for both chilling out to and getting up to dance. It is the perfect infusion of singer/songwriter and hip hop. Full of catchy melodies, Sean and Conor both play saxophone and their experience with the instrument are brought to the forefront on this track. The tracks style is influenced by artists such as Julia Michaels, Jeremy Zucker and ROLE MODEL.

Sean and Conor just finished touring 23 venues around Ireland in 2019 with sold out shows including the Olympia Theatre and Academy Dublin. They will be returning to the stage as soon as restrictions are lifted. They have also recently performed live online in conjunction with RTE 2FM as part of a charity fundraiser for ISPCC Childline with artists Hozier, Niall Horan, Danny O’Reilly, Wild Youth, Kodaline, Dermot Kennedy, Picture This, Gavin James, Mark Feehily, Walking On Cars, & Hudson Taylor. It was a really great to be involved with this charity campaign and raising a combined €789,000  for ISPCC Childline.

‘Just Somebody’ also sets the stage for Sean and Conor’s anticipated new EP that could be released later this year. Stay tuned for more information soon!