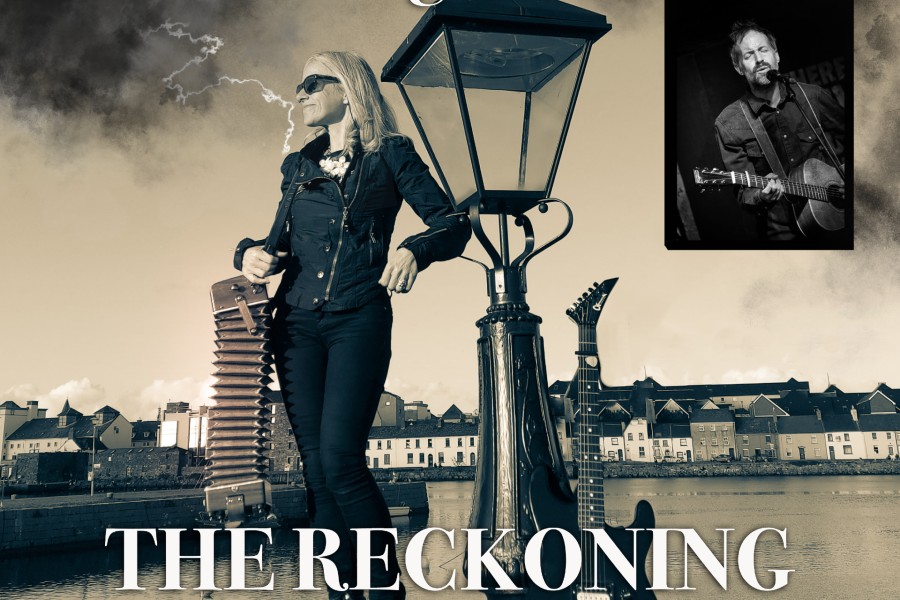 Sharon Shannon’s first single from her latest studio album, ‘The Reckoning’ will be released on November 27th this year. ‘The Reckoning’ will showcase Sharon Shannon’s first-ever collaboration with esteemed songwriter Jon Allen who provided lyrics and vocals for the track. Along with this unique pairing, the track will also feature Sharon’s first recorded composition on the electric guitar.

The founding melody of the track was formed in an unlikely lockdown scenario when Sharon participated in an online challenge to learn a new skill. After five days of intense lessons and hours of practice, the viral ‘Jolly Roger’ Facebook video was born. The clip of Sharon and her electric guitar has accumulated over 289,000k views since its upload. With a fresh coat of musical flair and Allen’s poetic lyricism added, the video has been transformed into what we now know as ‘The Reckoning’.

If you listen closely, you can still hear Sharon’s original riff included in the finished track.

‘The Reckoning’ is the first single from Sharon’s upcoming album of the same title. The album was composed, written and recorded during lockdown and is scheduled for release on November 27th, 2020. Sharon is pulling out all the stops this year with her most innovative and original album to date. For the first time in her discographical history, every single track on the album will be an original composition by Sharon Shannon herself.

In light of travel restrictions, ‘The Reckoning’ achieves the impossible by combining the talents of musicians from across the globe; from its Galway instrumental and London vocals, all the way to a production studio in Lanzarote with previous collaborator Craig Mulvagh.

Discussing the album, Sharon says: “Normally when we work on an album, we do one track at a time. But with this, it seems to be an avalanche when you’re working on thirteen or fourteen tracks every day. It’s like a minefield!”

Sharon Shannon is an iconic Irish musician known for her arrangements of traditional tunes and Irish-influenced compositions. She has earned her name as a pioneer in the industry through her eccentric collaborations, not just in traditional music, but across multiple genres; Hip Hop, Cajun, Country, Classical and Rap.

‘The Reckoning’ single is available on all online platforms from October 23rd and the album of the same name will be released on November 27th, 2020.