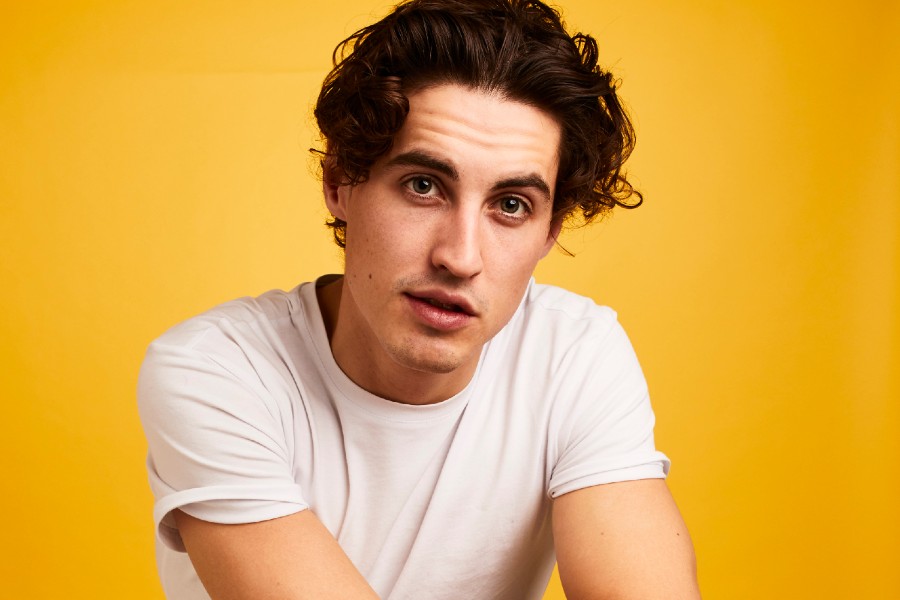 Mullingar native Sion Hill (Nate Johnston) represented Ireland on Saturday night performing his new single ‘Speak Up’ in the Free European Song Contest in front of a TV audience of 4 million viewers, finishing in the Top 10. ‘Speak Up’ has already broken into the Billboard Top 100 songs in Germany and the Shazam Top 200 charts following release last Friday. The music video for ‘Speak Up’ was shot in Berlin where he was quarantining for the last few weeks in order to be able to compete in the competition, which took place in Cologne. Sion Hill is signed to German record label Clouds Hill gmbh and has recently released two other singles, ‘Fuel Kids’ and ‘Last Minute’ with Warner Music Germany.

Sion Hill was due to perform at a number of music festivals in Ireland this summer to build on his performance at All Together Now in August 2019 and his sold out headline show in the Sugar Club in December 2019. Following the disappointment of the postponements (all for understandable reasons!) he is hoping to perform ‘Speak Up’ on Irish TV soon and elsewhere around the world for his fans.

The Free European Song Contest is a music competition in the Eurovision format that aired on German, Austrian and Swiss TV, organised by the German broadcaster ProSiebenSat Media and Stefan Raabs production company Brainpool TV. It served as an alternative for the Eurovision Song Contest 2020, which was planned to be held in Rotterdam, Netherlands, but was cancelled due to the COVID-19 pandemic. It was presented by Steven Gätjen and former Eurovision winner Conchita Wurst.

Written in London, a city, “that can make you feel lonely even though it’s full of people”, “Speak Up” is the shimmering anthem for a new age of self-care. A dangerously catchy tune about mustering the courage to tell your surroundings how you really feel. “I didn’t feel so good writing this song,” he says, “but I’m feeling fantastic playing it.”

After leaving Ireland for Berlin, after leaving Berlin for Hamburg, and after leaving Hamburg for the murmuring vastness that is London, Nathan Johnston alias Sion Hill has carefully re-calibrated his musical palette. Again. While his lauded 2017 debut ‘Elephant’ was an eclectic soul-pop wonderland comfortably sitting between a room full of chairs somewhere in Berlin, his relationship with London is manifested in the globetrotters’ latest single, ‘Speak Up’.

An uplifting, liberating song saying it’s okay not to feel okay, showcasing Sion Hill carefully going back to his roots. Three years after signing with Hamburg based indie connoisseurs Clouds Hill, after touring Europe with his new label mate Pete Doherty, a-ha or Alice Merton, the “biggest talent since Jeff Buckley” (Irish Times) has safely arrived in a new haven.

Sion Hill’s new single ‘Speak Up’ is out now across all digital platforms.