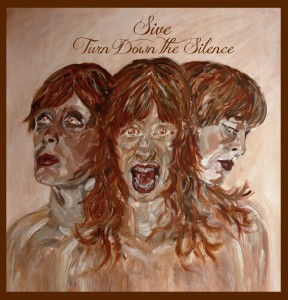 Sive’s debut album We Are Moving was well-received in 2012 and gained her a steady listenership around the country. The latest single to be released from it, Hide and Seek, earned her an invitation to perform on TV3’s Ireland AM and was used in RTE’s ‘The Importance of Being Whatever’.

This new 4-track EP deviates slightly from the sound that Sive and her band developed on We Are Moving, with a strong focus on string arrangements and layers of vocal harmonies. It blends a variety of the genres that influenced its creation, paying homage to folk, jazz and baroque pop music.

“Each of the songs have this teasing beginning in which you can almost hear the roots of the songs resonating beneath the surface, but as they progress layers of sound are added in the form of vocals and percussion to take you away from them so you end up no longer digging for the roots, but standing atop the tallest of trees in a gale-force wind.” – Stephen Murphy, Golden Plec

Sive’s upcoming tour will take in Debarra’s of Clonakilty on 27th November and Ryan’s of Kilkenny on 11th December with more dates to be added soon.

Buy Turn Down the Silence on iTunes:

Physical copies of the EP are available at