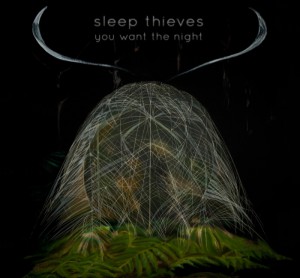 debut album ‘You Want the Night’ has been released via Minty Fresh (US). If Kate Bush had joined Enya and Bat for Lashes to pen a soundtrack for Jane Eyre this album could be it. Haunting, dreamy and cinematic, it opens up and rolls in like a storm over the moors, calling out to a forgotten love, enticing and caressing the listener.

For their new album, You Want the Night, the band collected together an analogue and digital studio set up. Recorded by band member, Keith Byrne, this intimate approach allowed the band time and space to explore and create music with the confidence that only close friendship can provide. The band endeavoured to be set free of the constraints of filtering their ideas and sonic visions through a third party but instead to take charge and steer their own recording schedule and sessions. Rian Trench (Solar Bears) came on board to mix the tracks.

To showcase the new album live the group are hosting a launch party upstairs at Whelan’s tonight (June 21st) with support from Nanu Nanu and Cove. Tickets are €10 and can be purchased here. Doors open at 8pm.