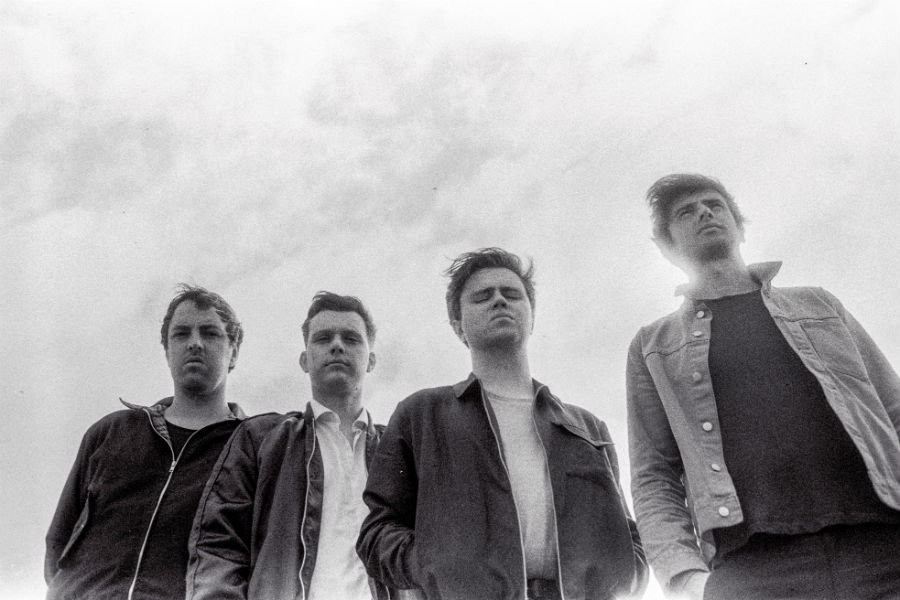 Ireland’s SLOW RIOT have announced that their farewell / debut album ‘G.A.D’ will be released on November 15th via Straight Lines Are Fine. The news comes after a lengthy silence and has been received by fans with fervent excitement on social media. A new track ‘A Lighthouse’ is out now.

SLOW RIOT proceeded to record a full length album, completed in 2018 at Savage Sound Studios, Hastings, with longtime collaborator Kevin Vanbergen (The Pixies, The Maccabees, Dinosaur Pile-Up, The La’s and Biffy Clyro) inbetween tour dates with Preoccupations, whenyoung, The Twilight Sad, Mission Of Burma, Slow Readers Club and others. Unfortunately, after a sell out show at London’s The Victoria in June 2018, the band disbanded and the album was shelved until now.

The 12-track set opens with the fan-favourite, white-hot ‘Trophy Wife’ before the melodic ‘A Lighthouse’ showcases the band’s knack for penning radio-friendly choruses. Title track ‘G.A.D’ and ‘Unkind’ delve into ethereal darkness, their subject matter informing the pervading tone of the album: hyper-anxiety, implicit and explicit violence, troubled and obsessive human relationships all set in a dystopian urban setting. ‘Heaven’s Daughter’ and ‘Search The Streets’ deliver the trademark urgency SLOW RIOT songs became recognised for, before the final trilogy of bombast; ‘Pink December’, ‘Hexes’ and the grandeur of ‘Mr Inconsistent’, replete with strings, bring the record to its ultimate conclusion. As an album statement, ’G.A.D’ reminds us that sometimes the best art is created once, and once only – and it often comes from a very dark place.

The band collaborated with up and coming Irish artist Darragh Dempsey for the ‘G.A.D’ sleeve art. Recognised by the art world as a rising talent, Dempsey’s original oil on canvas ‘Táthar ag súil le saol nua’ (which translates from Gaelic as ‘A new life is expected’) adorns the cover signifying a ritual cleansing before a new beginning. And so, while the band may be no more, the very welcome release of ‘G.A.D’ signals a new beginning for all the members of SLOW RIOT.