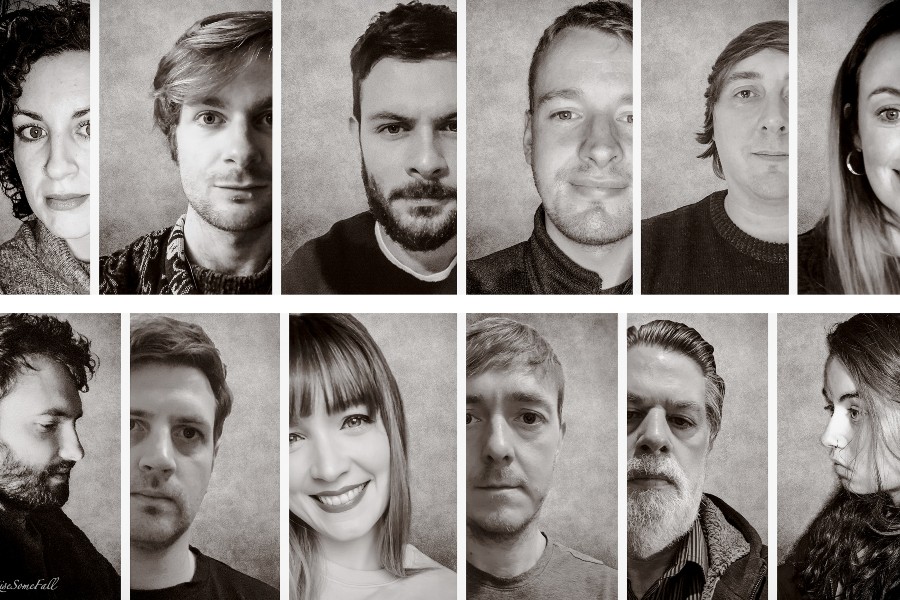 SomeRiseSomeFall is an independent community of songwriters, musicians and creatives. The ever evolving collective brings together artists and vocalists such as John Blek, Rowan, Anna Mitchell, Kevin Herron, Marlene Enright and a large cast of musicians with producer Brian Casey, videographer Allie Glynn and artist Riona Ní Riagain, all with the aim to interpret & reimagine songs for unique new recordings.

‘Funny Time Of Year’ is a song written by Beth Gibbons (of Portishead) and Paul Webb (Rustin Man, formerly of Talk Talk) that was originally released on their ‘Out Of Season’ album in 2002. This new unique interpretation was recorded by Anna Mitchell & Band at Wavefield Studios and is the lead single from the forthcoming SomeRiseSomeFall album entitled ‘No Simple Highway’.

‘No Simple Highway’ – to be released on February 26th – examines grief, loss and enduring love and is the creative vision of Michael Fitzgerald (FITZZ Records) who established the SomeRiseSomeFall collective to highlight the transformative powers of music and collaboration. The album pairs carefully selected songs and performers and features all new interpretations of songs.

FITZZ Records funds community projects with all proceeds going towards assisting organisations to help those facing mental health and other challenges.