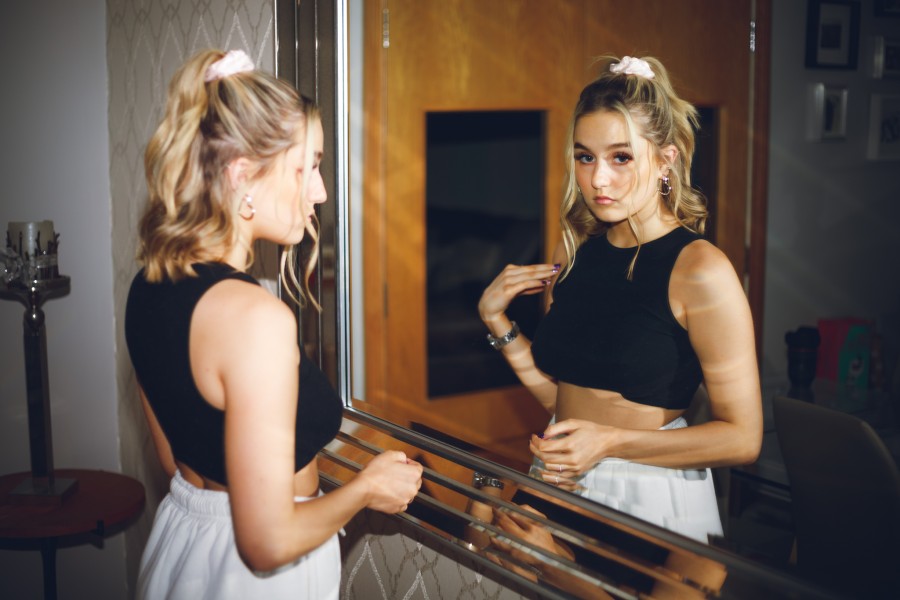 Sophie’s infectious third single ‘Too Much’ landed earlier this year and secured 10 weeks in the top 100 Irish Artists on Irish radio, peaking at no. 9. She secured Track of the Day, Week and Month with a lot of Irish media and it was a huge turning point in her career. ‘Too Much’ has earned over 7 million Irish radio impacts and she remains as ‘One To Watch’ by many. In addition to International Spotify playlist placements, she also entered the Top 40 of all acts played on Irish radio in September and has received airplay in the UK, USA and Australia.

It will be a busy end of 2020 for Sophie as she is also featuring in the next Irish Woman In Harmony Christmas single. She extremely excited to be asked to join such an incredible successful project.

Sophie has grown into her own style of music and has found her unique sound. There is a consistent theme of female empowerment throughout her music. Sophie has teamed up with Grammy-Nominated producer Billy Farrell for ‘Little Black Book’.  ‘Little Black Book’ is a fun, cheeky and fierce song that is a guaranteed ear-worm for her listeners.

Sophie loves artists such as Ariana Grande, Alicia Keys, Rihanna and Lady Gaga. The authenticity of these artists is what inspires Sophie’s performance style and song-writing.  She finds all aspects of music as a form of therapy. She’s been writing ever since she was 10.

Sophie is very excited for her first headline show with MCD in Whelan’s (Upstairs) on 3rd March 2021. It will feature some unreleased music and some epic covers with a world-class band.