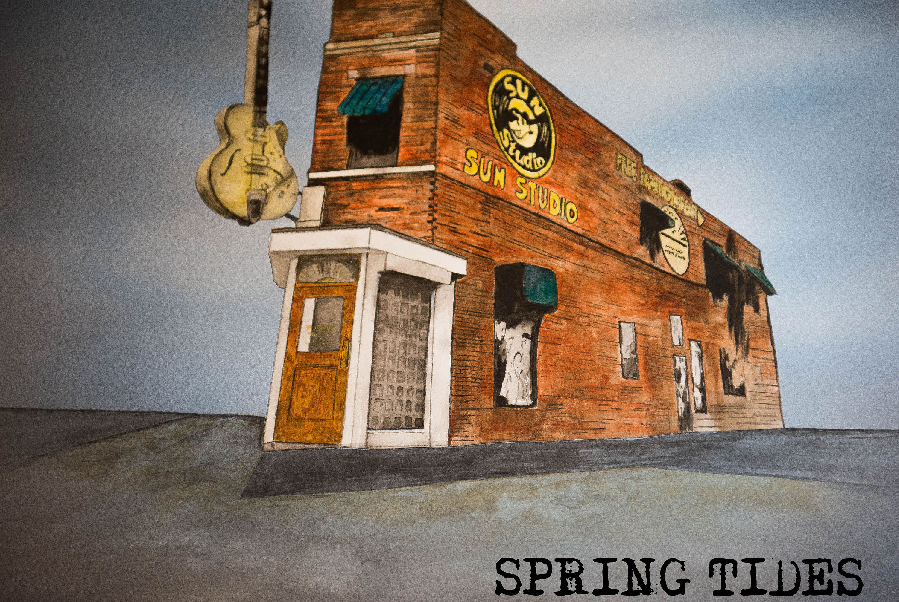 Spring Tides release their 2nd EP today, the 31st of October 2017. All 4 tracks were recorded at the world famous Sun Studios, Memphis, Tennessee on a balmy Thursday evening in September 2015. Due to a succession of unfortunate mishaps they haven’t seen the light of day until now.

Under the watchful gaze of Curry Weber and with the assistance of some of the most talented session players Memphis has to offer, some chancers from Donegal realised a long held dream of recording at the birthplace of Rock’n’Roll. Standing in the same spot Elvis recorded ‘Hound Dog’ and Johnny recorded ‘Folsom’, Spring Tides added their names to the end of a long list of their musical heroes. With Rick Steff (Lucero) on keys, Krista Wroten Combest (Dead Soldiers, Memphis Dawls) on fiddle and Richard Alan Ford on pedal steel guitar the result is a band finding their own sound somewhere between The Band and The Black Keys.

The release goes lives online on the 31st of October, tour dates include: 3rd Nov @ The 502, Louisville, Ky; 4th Nov @ The 5th Province, Chicago, IL and a launch show 10th Nov, Sandinos, Derry with support from Jordan O’Keefe and The Easy Street Pickings. Further shows to be added for 2018.