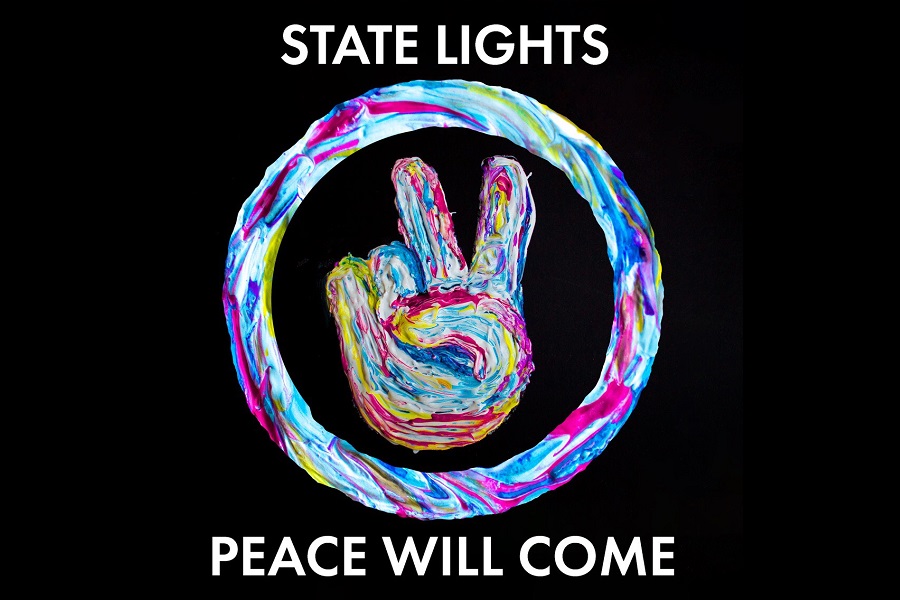 State Lights have announced their new single, ‘Peace Will Come’, set for release on 8th February.

Singer Shobsy, guitarist Joe Regan, drummer Paul Ridgeway and bassist Noel Perry all met at BIMM Music College in Dublin. Bonding over a shared interest in classic 80’s music and a common desire to write big stadium sized songs the guys decided to work on a music project. This early incarnation lead to the formation of State Lights in 2015.

Considered Rising Stars for 2018, State Lights new single, “Peace Will Come” which was mixed by Mark Needham (The Killers, Imagine Dragons) is accompanied by an incredibly powerful video, it features images of the current political discourse in the world. Famous faces such as Martin Luther King, David Bowie and Bono feature as examples of figures who have paved the way for peace and understanding in a world that is constantly overcoming prejudices and challenges, both socially and politically. The video concludes with images of people holding their own banner saying, “PEACE WILL COME” with their name signed, creating a message of unity, hope and faith that we will see peace. Some of the featured faces include Liam Cunningham (actor) Patrick Bergin (actor), Gary Ringrose (rugby player), Guggi (Artist), Kevin Thornton (Celebrity Chef), Craig Fitzgerald (The Academic)