Stillroom return with new single ‘Take It Back’ 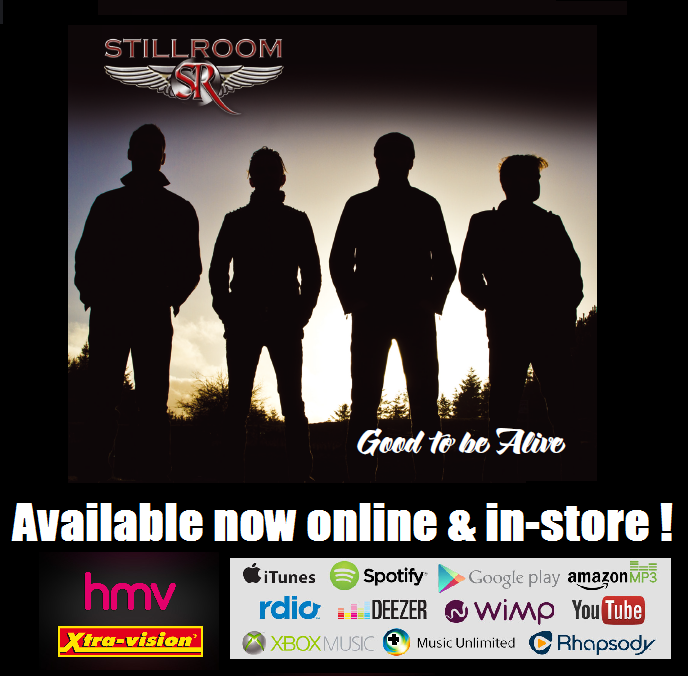 Following on from the politically charged single “Keep on Walkin'”, STILLROOM return with their third video/single “Take it Back”, taken from the chart breaking album “Good to be Alive”.

The track was selected earlier this year by UK music blogger Mark Muldoon appearing on his ‘Glastonbury 2015 Emerging Artist playlist’. The single (released on 22nd October 2015) contains all the elements of radio-friendly rock n’ roll and sees the band team up once again with film maker Anthony White (Devils Woods) for a classically styled video, telling the story of a group of kids who stumble into an old attic whilst playing, (think ‘The Goonies’ meets ‘Spinal Tap’) only to discover an old DVD, scrapbooks, posters, shrouded musical instruments and other memorabilia which appears to be from a one time famous rock n’ roll band… got it yet!? It doesn’t take long to realise what’s going to happen and the nostalgic subject matter of the lyrics “radio and TV, man it ain’t what it used to be” and “queuing up in the rain, nowadays it’s a different game” fit the narrative perfectly.

Clocking in at the three minute mark, (the album version contains an unedited midsection consisting of a brilliant bluesy jam, layered with clever piano licks showcasing the band’s musicianship) with it’s catchy hooks & chorus, roaring guitars and triumphant horn section “Take it Back” ticks all the boxes.

Available now from iTunes/Google Play and all major online distributors.