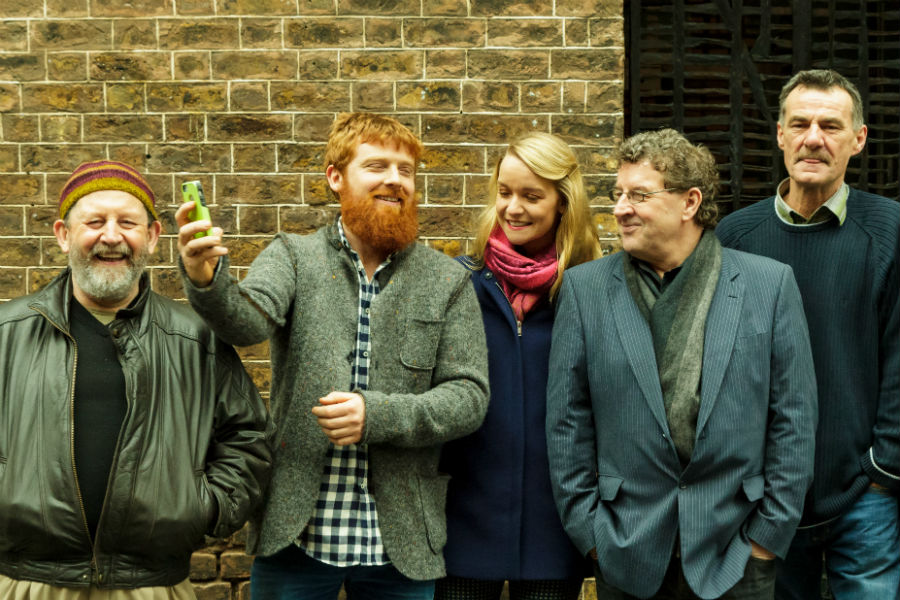 Stockton’s Wing present their new single ‘We Had It All’ on 7th March, marking their first new music in over twenty years.  ‘A Retrospective’ tour follows in April & May.  All proceeds from the single go to MS Ireland, as frontman Mike Hanrahan explains, “Two of my close musician friends, Mark Gilligan and Niall O Callanáin have been living with MS for a number of years. Their courage and determination to adjust their lives through sheer positive thinking is inspirational. We are delighted to be involved and urge everyone to download the single, all proceeds will go directly to MS Ireland who provide such a high level of support and care for thousands living with the condition”.

Ava Battles CEO of MS Ireland “Everyone at MS Ireland is delighted that Stockton Wing have reunited and are launching their single ‘We Had it all’ in aid of MS Ireland. All proceeds from the sale of the single will go directly towards the provision of services provided by MS Ireland to the 9,000 people living with MS in Ireland. We are greatly appreciative of their fantastic support and generosity”.

The single is supported by their ‘A Retrospective’ tour – tickets are on sale now for their concerts in Dublin, Cork and Ennis on 18th, 19th and 21st April and 3rd May in Ratoath.  ‘A Retrospective’ tells the story of Stocktons Wing through music, songs and stories and their vast music catalogue spanning 4 decades – from the early recordings of ‘Take a chance’ to the innovative and critically acclaimed ‘Light in the Western Sky’, the excitement of a big band sound on ‘Full flight’ and ‘Stockton’s Wing Live’ and the engaging and stunning return to basics on ‘The Crooked Rose’.

Stocktons Wing is made up of a collective of musicians who have stepped in and out over the years, all adding their own sounds to the band.  This tour will feature special guests and regulars including Tara Breen, Karol Lynch, Tommy Hayes, Paul Roche, Mike Hanrahan and Paul McSherry. During their 40-year career, Stocktons Wing recorded and performed with Ronnie Drew, The Dubliners, Sammy Davis Junior, Maura O Connell, Val Doonican, Sharon Shannon, Moxie, Sean McGuire, Finbar Furey and The Clancy Brothers, played at both Michael Jackson ‘Thriller’ shows in Ireland and appeared in Oscar nominated movie The Field featuring John Hurt and Richard Harris.

‘A Retrospective’ Tour covers 40+ years of music and highlights – overview:

1982       ‘Light in the Western Sky’ – a highly polished album which represented a significant shift in their musical direction, focusing more on the band’s creative original material. The album featured two hit singles, written by Mike Hanrahan – ‘Beautiful Affair’ and ‘Walk Away’.  The album, produced by PJ Curtis, is regarded by many as one of the great innovative recordings in Irish music.

Intensive touring throughout Britain including all major Folk festivals

Recorded two tracks with The Dubliners.

1988       Played before Michael Jackson at both ‘Thriller’ gigs in Pairc Ui Chaoimh Cork.

1989       Guest appearance performing with Sammy Davis Jnr. in Dublin’s Lansdowne Road as part of his world tour with Frank Sinatra and Liza Minnelli.

1990       Stockton’s Wing on location in Connemara for the Noel Pearson/Jim Sheridan film production of the John B. Keane play ‘The Field’ which featured Oscar nominee Richard Harris and John Hurt.

1992       ‘The Crooked Rose’ produced by Bill Whelan shows a return to the acoustic sound of previous releases.

2003       Stockton’s Wing held their first reunion concert in their hometown of Ennis, Co. Clare, which was a huge success with over 1200 people packed into the West County Hotel.

2017       Awarded a Civic reception by Clare County Council for contribution to Music and to Clare throughout the world.

2018       40-year celebration Tour – the band performed a number of key festivals to mark forty years of their music.