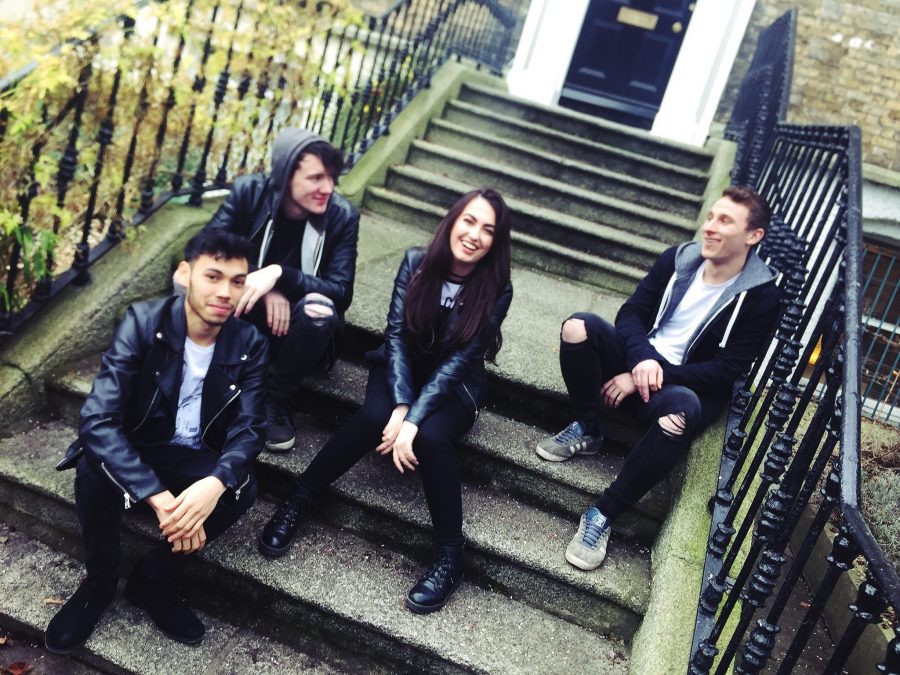 Sub Motion are a Dublin based explosive punk/rock band, that have been around for 4 years now. After releasing several EP’s, the band took some time to revamp their sound and image in early 2016. The result of this was their single “HEADCHECKED”, released in October 2016. This single marked a new beginning for the band and gained immediate praise, with Hot Press telling everyone to “Meet the band of unashamedly serious rockers defiantly pushing against the grain of indie and folk bands in Ireland”. RTE 2fm’s Dan Hegarty announced it as his “favourite song towards the end of 2016“, along with radio stations from the UK and US playlisting the track. The last few years have seen the band playing the Button Factory, the RDS, Roisín Dubh, Sin É, ‘Vantastival’, ‘K-Fest’, the ‘Vibe for Philo’ headlining and selling out Whelan’s numerous times and playing in the UK.

Now, Sub Motion are set to release their highly anticipated new single “Soccer Mom” on 24th February 2017. Recorded live and with James Darkin at the helm (Kanye, Funeral suits, Hozier,
Will.i.am, Rihanna), this song has grabbed the attention of many big hitters in the industry. With other singles to follow in 2017, it won’t be long till you see these rockers making a very big impression on the music scene.

“Headchecked is a song that promises so much and doesn’t disappoint, with its raw energy and slap to the face pace” – Dublin’s 98FM
“With the likes of Queens of The Stone Age and Foo Fighters having played sold out gigs in recent times, Ireland is ready for distorted guitars, heavy drums and heavy rock. One of these bands making a name for themselves over the years is Sub Motion” – Dublin Concerts
“It’s always refreshing for a rocker at heart like myself to see unfettered loudness and instant impact from a live show” – REMY
“I love ‘Headchecked’ so much I want to marry it. Can you marry a song? Cause if you can…” – ISX Radio NYC