Sub Motion Release The Video For Their New Single ”Headchecked” 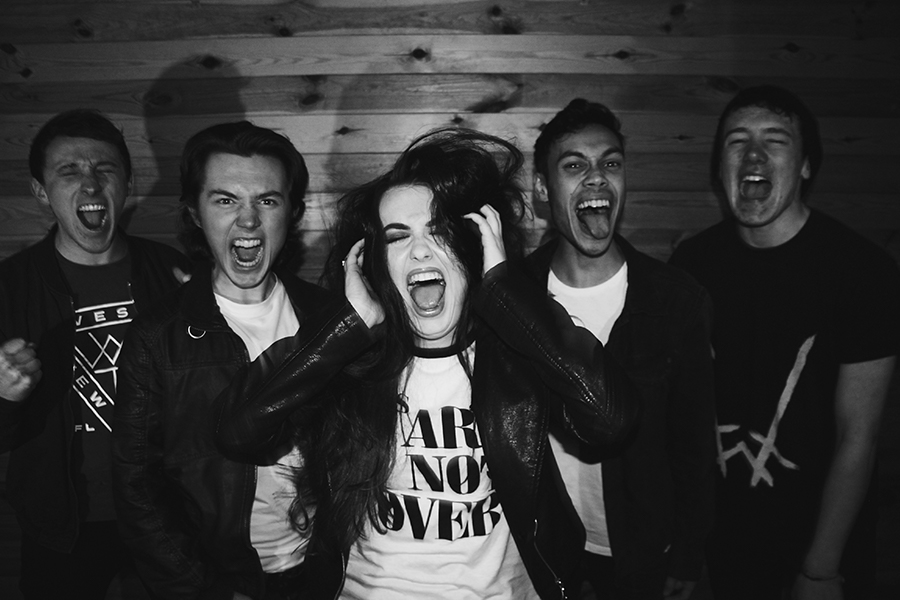 SUB MOTION are a Dublin based band with a full-bodied, modern rock sound with the vivacious Rebecca Geary at the helm on lead vocals. Following the release of their EP “Happy Little Bruises” and well-received single “Haunt Me”, the band took some time to revamp their sound and image, introducing the energetic, punk rockers we hear now in their highly anticipated new single “HEADCHECKED”.

Recorded live in Sun Studios with sublime producer James Darkin (Black Eyed Peas, Hozier, Rihanna, Funeral Suits), “HEADCHECKED” embodies the high-octane live performances and attitude that Sub Motion brings to all their gigs. What you see is what you get with these guys. With a number of follow-up releases ready to go, 2016/2017 will see Sub Motion take on the music scene by storm.

The last two years have seen the band playing the Button Factory, the RDS, headlining and selling out Whelan’s, appearing at the Vibe for Philo, playing in the UK, getting air play and generally fine tuning their on-stage and recorded sound. Today with an unparalleled, infectious, live energy throughout every show, SUB MOTION are quickly rising through the ranks.

“One of the few new bands I would walk across the street to see.”
– RTE 2FM – Dave Fanning

“With the likes of Queens of the Stone Age and Foo Fighters having played sold out gigs in recent times, Ireland is ready for distorted guitars, heavy drums and heavy rock. One of these bands making a name for themselves over the past few years are Sub Motion”
– Dublin Concerts