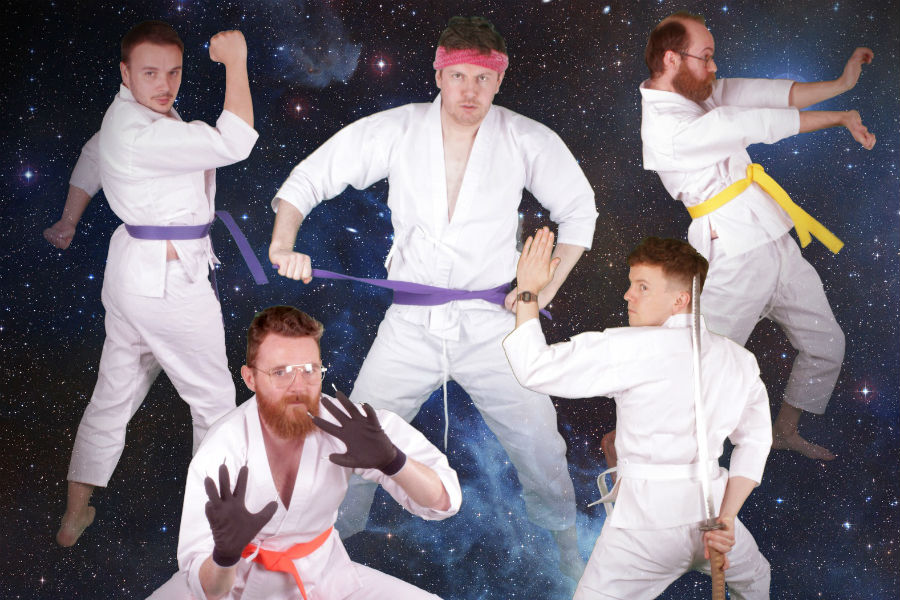 Super Extra Bonus Party are a long standing five piece whose style refuses to sit still. Renowned for the energy of their live shows, SEBP’s sound is that of a mixtape pieced together with equal measures of heart and abandonment. Their self titled debut album and it’s follow up ‘Night Horses’ both received widespread critical acclaim – with their frenetic style and diverse range of collaborators (Rodrigo Teles, Mr. Lif, Heathers, Cadence Weapon, Nina Hynes, RSAG and May Kay) both records occupied a unique and unexplored space in Ireland’s music scene.

After a long hiatus, 2018 saw SEBP return to the live scene with a handful of shows at EP, Body & Soul and more. Album number 3 is currently being written and recorded – recent singles ‘Purple Heart’ & ‘Switzerland’ offering glimpses into the bands new sound.

Their new single ‘Some Dark Forces’ features Sorca McGrath from Ships on vocals. Their first collaboration since their reunion, Some Dark Forces is a widescreen anthem that sees the band achieve a broad sound from a more refined selection of instruments.