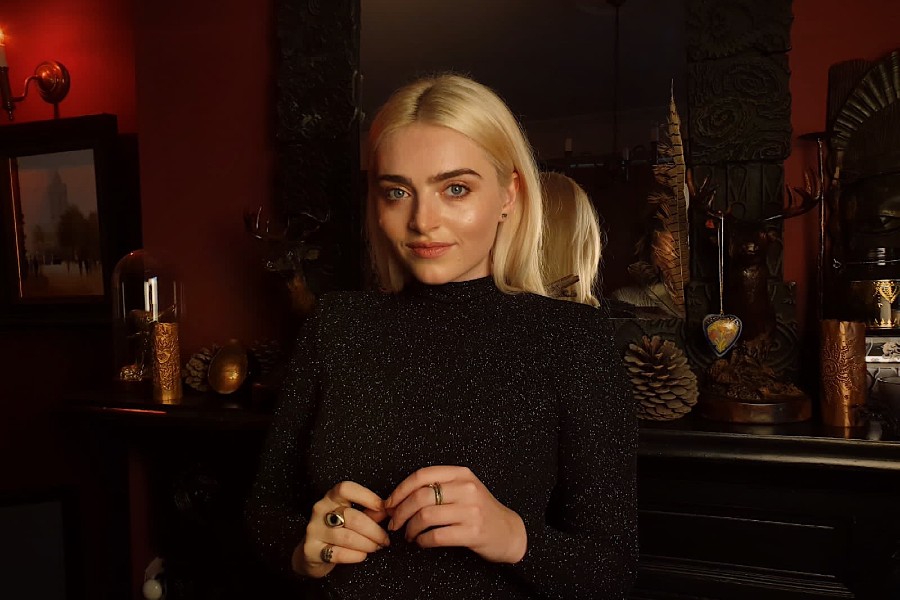 Tara Lee was born in Dublin, coming from a strong musical background it’s not surprising she wished to follow a career in the arts and especially music; her father is a film composer and brother a music producer. She started writing while she was studying dance at the Dublin performing Arts College.

Tara started writing ‘Christmas Time In Dublin City’, earlier this year on a midnight flight back to London after spending Christmas at home in Ireland, and finished it during lockdown. “It’s a dream of home, and of all of the faces that I haven’t been able to see this year. It’s a love letter to Dublin, to Ireland, and it’s for everyone who’s a little homesick at the moment, wherever home is to them.” ‘Christmas Time In Dublin City’ is remembering how things were, and looking forward to the time when we can dance through the streets of our hometowns, and hold the people we love again.

Some people say it is really difficult to write a strong Christmas song. Tara makes it look easy, however, when you are driven by the emotion which initiated its writing, the words and sentiment flowed freely and when married with the swell of an orchestral score the result is truly beautiful.

For the accompanying video Tara would love for Irish people living away from home to become involved. She says it best herself, “I would love to hear from Irish people, or people who see Ireland as their home, who are currently abroad and have a message to send to a friend/family member/partner, etc., who’s back in Ireland.” She continued, “It could be something as simple as; “Happy Christmas, mum” or it could be something more personal, as long as they are addressing it to someone (“George,” “Lucy and Brian,” “mum and dad,” etc.). I would love to fill my video for ‘Christmas Time In Dublin City’ with real people and real emotions!” All you need to do is:

Write a clear short greeting on a piece of large paper or cardboard (A4), and film yourself for at least 30 secs, or take a picture clearly holding your sign and send to moc.liamg@CDemiTsamtsirhCby close of business on November 20th. Bonus points for Christmas jumpers!

During the last couple of years Tara has had a number of single releases and alongside this her acting career has been developing nicely also. Tara’s recent roles include BBC’s EastEnders, where she starred in a leading storyline as new comer Jessica. Tara’s acting prowess was given a further nod when she was cast to star in The Fall alongside Gillian Anderson and Jamie Dornan.

In addition, during the last eighteen months alone Tara has worked on two critically acclaimed films; Moon Dogs (which picked up a slew of international awards) and played lead in A Date For Mad Mary, which picked up an IFTA award for Best Picture. One of Tara’s original acting jobs was the RTE series RAW, set in a fictional Dublin restaurant of the same name and a role she received critical acclaim from critics and audiences alike. Tara has two films currently on release; Schemers, a Scottish indie movie, which won the Audience Award at last year’s Edinburgh Film Festival and The Racer, which is featured in the re-imagined 2020 Online Cork International Film Festival, and is currently on release in the US. The movie is scheduled for general release in UK and Ireland in spring 2021.

Musically this Dubliner’s talents do not end with writing and performing her own material, she has also had a significant number of her own songs used as syncs, including ‘If I Burn, You Burn’, the Jack Taylor TV series theme tune, and it also featured on Love Island Series 5.

Tara sites David Bowie, Blondie, Nick Cave and Massive Attack amongst her strongest influences and likes to believe her own style fuses raw emotional ballads with a contemporary twist. ‘Boyz’, her first single is a slice of neo-electro pop about an intoxicating fascination with the wrong kind of men. Tara co-wrote the track with producer Justin Broad (Emeli Sande, Izzy Bizu. ‘Boyz’ earned Tara a place on Spotify’s New Talent playlist and kudos from tastemaker press. Her second single, ‘Drive’ was co-written with friend Jonas Quant (Hurts, Kylie). Tara opened for HURTS on their UK tour last year. A prolific songwriter herself and a formidable live artist, Tara has also been tipped as one of Live Nation’s Female Artists to Watch!

For now, we hope you enjoy ‘Christmas Time In Dublin City,’ released November 27th and available from all digital stores.