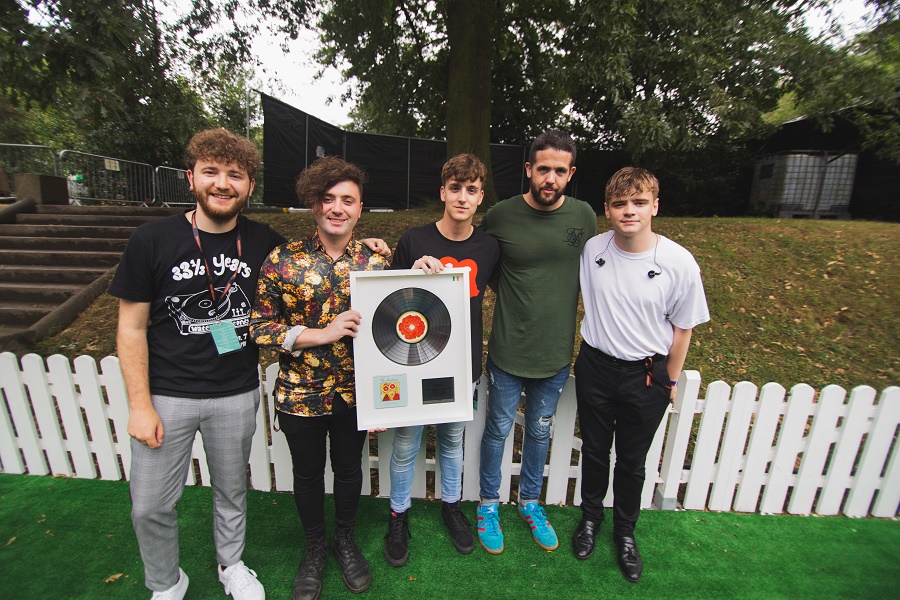 Ahead of their sold out headline date at Dublin’s Iveagh Gardens, IMRO took the opportunity to present The Academic with an IMRO Award in recognition of their number one debut album ‘Tales From The Backseat’.

It will be 3 years in October since The Academic released their debut EP ‘Loose Friends’ and in that short space of time, they now find themselves at the forefront of 2018’s breaking guitar bands, not just in Ireland but on the international stage. Debut album, ‘Tales From The Backseat’ which was released in January went straight to No.1 on its first week of release in the official album charts, a record which is brimming with uplifting pop hooks, sweet vocal harmonies and youthful exuberance. There is an irresistible charm, undeniable wit, and infectious personality that shines through with the band.  Leaping from mellow, artfully constructed melodic thoughtfulness into wild, explosive moments of raucous brilliance, there’s a surprise around every corner within the music and songwriting, all executed with an undeniable measure of passion and grit.

Racking up millions of streams online, selling out venues headline shows across the world, touring and opening for the likes of Twenty One Pilots, The Kooks, Noel Gallagher and The Strokes, it’s a far cry from the band’s early days, playing local battle of the bands competitions in Mullingar.