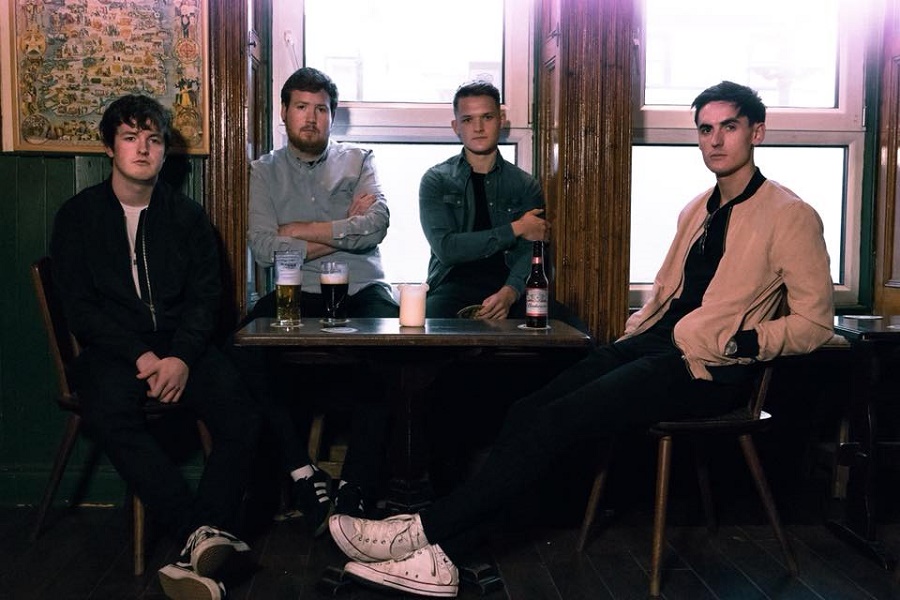 “We’re running in a dream but I keep falling behind you.” – The Burma’s latest single Quicksand certainly conjures up the fabric of a dream. In a world that changes faster than we can hope to adapt, this intensely melodic pop tune figures as a poignant hymn to a life lost in transition. Scintillating in its dynamic use of form yet elegiac in tone, Quicksand has an addictive appeal sure to keep you coming back for more.

The Burma are an indie rock n’roll band based in Cork City. Influenced by the American Indie scene of the early 2000’s and British guitar bands such as The Smiths, The Burma’s jangly guitars and bouncy basslines make for refreshingly melodic songs.

In December 2016 The Burma released ‘Love Fades’, the first single from their debut EP. The Indie floor-filler was met with great acclaim with Hot Press stating “The pop-rockers are as suited to the dancefloor as the dive bar, as bouncy basslines underpin earwig melodies and shimmering guitar lines. Recent releases like ‘Love Fades ‘suggest that they’re ready to graduate to the big time.” ‘Love Fades’ was also made JOE.ie’s Song of the Day. “This is a little cracker of a tune!”

The Burma released their debut EP ‘Her Eyes On Horizons’ in June 2017. The band embarked on a successful Irish tour, headlining venues such as Whelans, Roisin Dubh and Coughlans.

The Burma have supported acts such as The Academic, The Strypes, Delorentos, The Blizzards & Ryan Sheridan.

Quicksand is out on Friday October 5th on all digital platforms. The single will be launched for physical release at special launch parties at various in-store performances around Cork on Saturday October 6th.