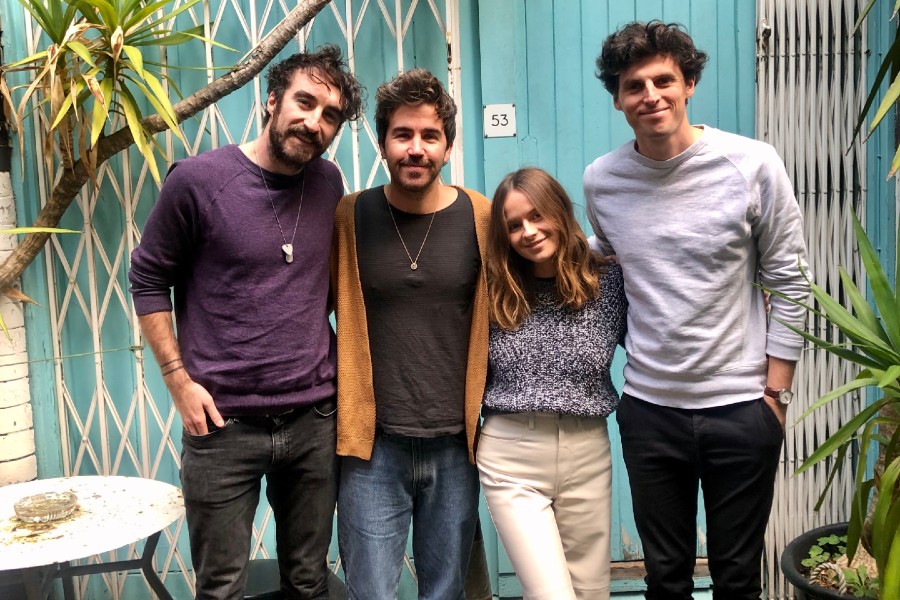 In the midst of a pandemic we all need something to look forward to, so The Coronas’ fans can rejoice as the band are set to release a new single, ‘Lost in The Thick of It’, on Friday 15th May. ‘Lost in The Thick of It’ is a collaboration, written and performed by The Coronas and acclaimed English singer-songwriter Gabrielle Aplin, and it features a melancholic piano hook, with Aplin and O’Reilly’s vocals complementing each other beautifully.

Gabrielle reached a mainstream audience with her cover of Frankie Goes To Hollywood’s ‘The Power Of Love’ used as the soundtrack to the John Lewis Christmas advertisement. Since then she has released three studio albums, most recently ‘Dear Happy’ in January 2020.

Singer Danny gives us the story of how the song came to be: “Gabrielle and her partner, Alfie (Hudson-Taylor) invited me to their home in Brighton last year for a weekend of hanging out. We said we might try to write a little but it was more like a mini-holiday in my mind. We wrote a song together on which Gabrielle sang lead vocals that became ‘Lost in The Thick of It’ and I loved the demo so much I suggested adding my vocal in a lower octave and making it a duet.’

A few months later the duet was recorded in the historic Eastcote Studios in London. It will be the fourth single released from The Coronas’ new album ‘True Love Waits’ set for release on 31st July, their sixth studio album and the follow-up to 2017’s No.1 hit ‘Trust The Wire’.

And yes, the band have addressed the elephant in the room: the unfortunate fact of sharing a name with a global scourge. “The first thing we did was tweet Corona the beer, asking them what their plan was,” states Danny. “When we chat to our mates in bands who have postponed gigs and tours, I just remind them it could be worse, you could share a name with the virus!“