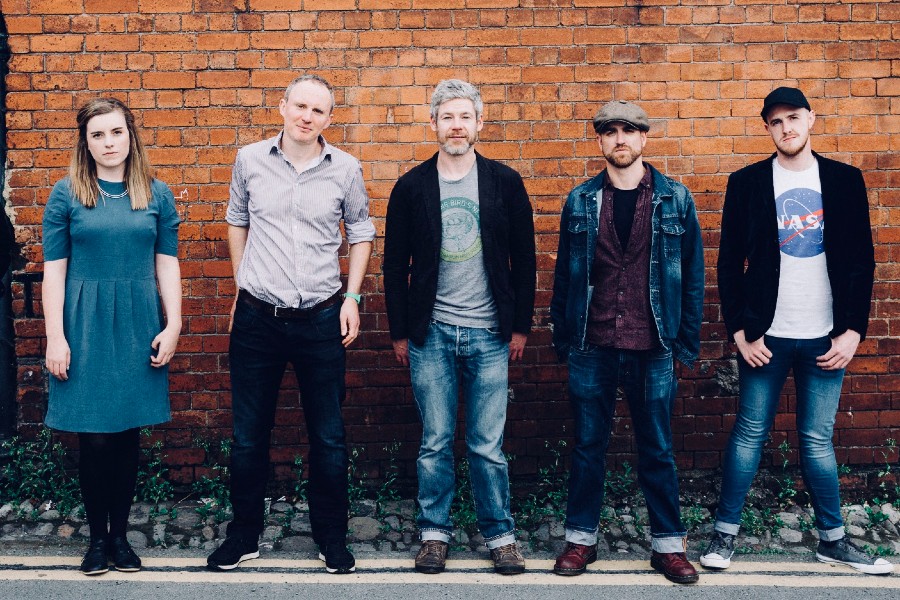 The Crayon Set formed in 2010 and quickly came to prominence when they won a national competition to play the Sundae in the Park Festival in London.

Founder/songwriter of The Crayon Set, Robert Baker, explains: “The idea behind the band, as the name suggests – was for it to incorporate different colours i.e. musical styles, influences, musicians and for it to evolve with each album. And for it to be inclusive. So, I think it will be a life-long project and it means it can continue even if some members come and go. Although I am very reliant on the other crayons adding their magic.”

Rob eagerly releases ‘Moment’ as he explains it took years to write, swapping and re-writing the song and with COVID restrictions in place, there were more delays. Speaking about the single Rob declares, “the single is about depression and not giving up on life.”

‘Downer Disco’ is the band’s upcoming third album release, following the self-titled album in 2013 filled with choc-a-bloc with infectious, uptempo indie pop songs. The Crayon Set released a follow up ‘Lost Languages’ in 2017, which moved from indie pop was in part a tribute to many of their favourite ‘Americana’ artists such as Tom Petty, Wilco and Neil Young.

The Crayon Set are an exciting live band and have played many of the top Irish festivals and venues. Their dynamic live shows feature tight vocal harmonies, instrument swapping and occasionally some giant inflatable crayons!