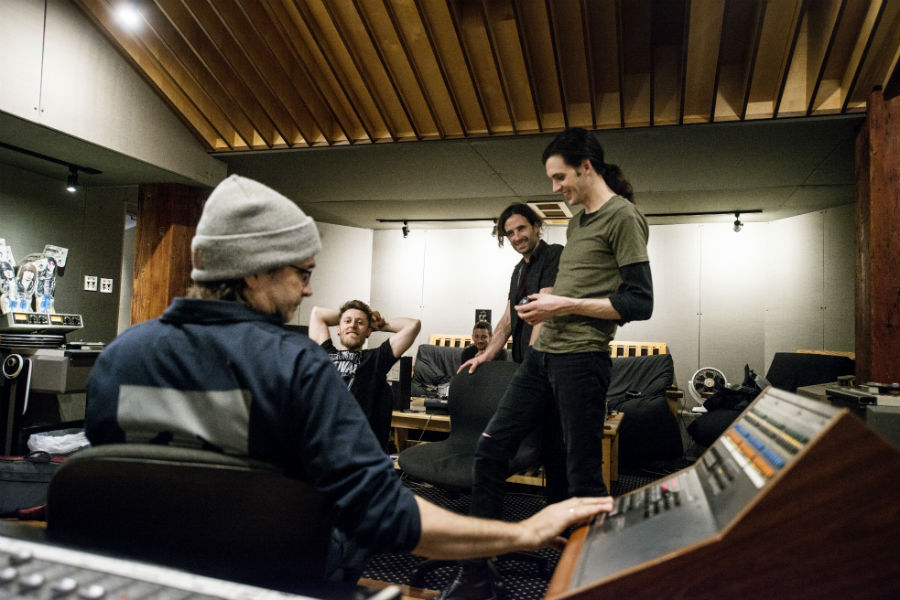 For years now The Deans have been recording their music themselves, in some of the most inhospitable of acoustic environments; the abandoned second floor of an old French hotel, a dilapidated portacabin in the west of Ireland, bedrooms of madhouses and basement studios in London, coupled with the most basic of recording equipment; borrowed studio microphones and preamps, homemade vocal booths fashioned from a fortress of hotel mattresses, and a spiral staircase echo chamber.

This time however, the band feel their latest material merits a fancy pants, pro studio sound.  That’s why this past April they journeyed to Electrical Audio Studios in Chicago to record their new record with legendary engineer/producer Steve Albini @ Electrical Audio studios, Chicago. Steve Albini has recorded some of their favourite bands – Nirvana, Pixies, The Stooges.

They now require funding for vinyl and digital mastering at the world renowned Abbey Road Studios, London – as well as funding for vinyl and CD duplication. If you’re a vinyl lover then you’ll be excited to know that this will also be the first time the band will put out a release on vinyl.

Just like The Deans homemade method of making music, they rely on their home base of fans, friends and supporters to help fund these types of projects, through social media, live shows, and word-of-mouth.

Each step of the project has and will be filmed for a documentary that the band plan to releasing along with the record. The crowdfunding for the project is live on Kickstarter until June 26th.