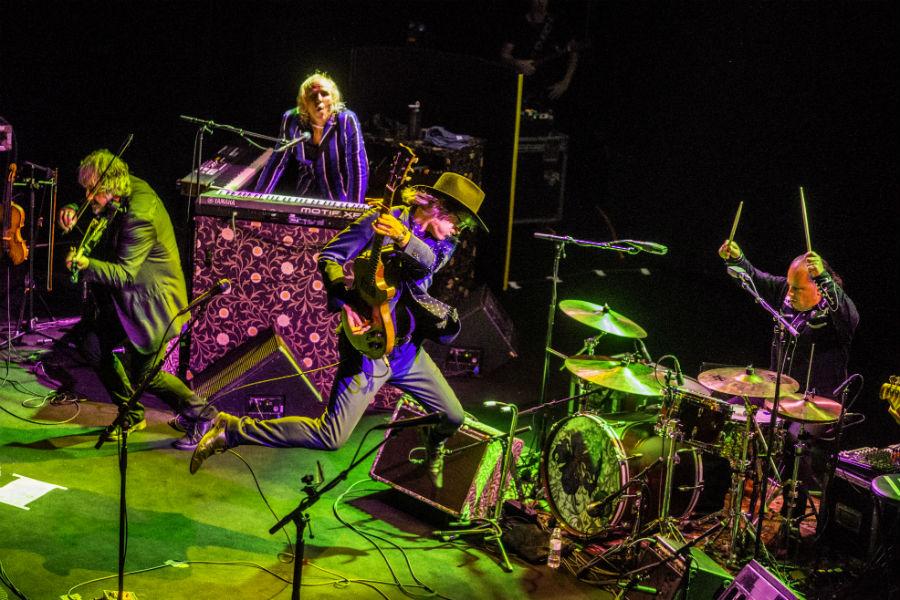 A host of A-list Irish bands are lining up to play at Vicar Street on 1st April for a benefit gig entitled ‘The Gig for Gav’ in aid of beloved Dublin producer and guitarist Gavin Ralston. Gavin has been battling cancer on and off since 2014 and his friends wanted to come together and help raise funds for his treatment. So far confirmed are The Waterboys, Sharon Shannon, PictureHouse, Mundy, Paul Harrington, Mary Black, Seamus Begley, Beaginish, and Cormac Begley.

Gavin Ralston has worked within in the Irish music scene for the last twenty-five years and during that time he has built up a reputation as both a consummate professional and talented musician. He has played guitar with the Waterboys, Sharon Shannon and Picture House, and has produced recordings for Ronnie Drew and Bagatelle, as well as The Coronas first ever studio session. Working with Gavin is always a pleasurable experience as he brings a deftness of touch to his work, as well as a great sense of humour and fun. He has a great many fans and friends within the Irish music industry and they wanted to help Gavin at this tough time in his life, to show support for him and his wife and children.

Gavin was diagnosed with stage three bowel cancer in 2014 and managed to beat it, but it returned in 2017 and after major surgery the tumour again returned in 2018. He has been receiving chemotherapy for the last six months and has been unable to work. ‘The Gig for Gav’ is a benefit concert to raise funds for Gavin, as well as to raise awareness of The Sarah Jennifer Knott Foundation which was established following Sarah’s death from Cancer of Unknown Primary. The SJK Foundation promotes awareness, education and research into Cancer of Unknown Primary (CUP) to help make the unknown known.

The Waterboys’ Mike Scott lead the charge in organising ‘The Gig for Gav’ and the band are headlining the event ahead of their new upcoming album and tour. Gavin is from the famous Kerry Begley family on his mother’s side and so his uncle and cousin, renowned trad musicians Seamus and Cormac Begley, are delighted to be on the bill. Gavin’s brother Aongus Ralston is also a musician, playing bass with PictureHouse and The Waterboys, and he will also be helping out on the night. Mundy will have just finished his Canadian tour in March, and Sharon Shannon will be just back from a tour of Australia and both are glad that they can be in Dublin to take part. Eurovision winner Paul Harrington regularly contributes to charity and jumped at the chance to be included on the line-up. And celebrated folk singer Mary Black will bring her special magic to the evening.

Tickets for ‘The Gig for Gav’ are €35 and are on sale now. More acts may be added to the bill in advance of 1st April. Tickets From https://www.ticketmaster.ie/promo/ri643r