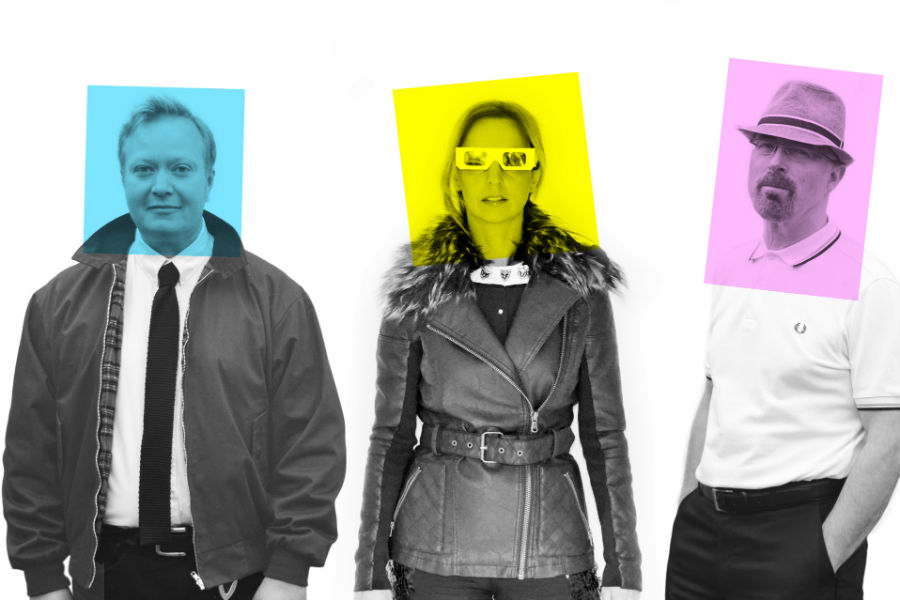 Happy Robots are thrilled to release the ‘Girl in a White Dress EP’ by Tiny Magnetic Pets, Dublin’s only exponents of uplifting Germanic synthpop.

An electrifying year for Tiny Magnetic Pets has seen the band playing festival dates and headline shows as well as recording their third studio album – and there are no signs of slowing down! As well as this new EP they have two high profile European tours this autumn, supporting both Midge Ure and Orchestral Manoeuvres In The Dark.

In the meantime, the glorious ‘Girl In A White Dress EP’ is set for release on 15/11 on Happy Robots.

Lead track, the sumptuous ‘Girl In A White Dress’, is a song about re-connecting with your former carefree self – the person you were before becoming tied down with the realities of modern life. A fan favourite from their debut album, it was compared to St. Etienne & Stereolab. The band have taken the track’s driving motorik beat & mellotron strings and re-worked it in way in keeping with their punchy and invigorating live sound.

With its rolling melodic basslines ‘Kicked Off In Ikea’ displays the band’s New Order influence. In a rare Jarvis Cocker-esque lyrical turn, this track is inspired by an event when a Black Friday sale went horribly wrong, ending in a near riot. It is a sly dig at modern out-of-control consumerism: “Come for the sale but keep your soul…”

The second half of the EP takes a more reflective turn. ‘All The Mad Things’ is serene, ambient and quirky – layered vocal loops, spoken-word lyrics and trumpet show the band’s more experimental side. It’s no wonder an astute Boy George described them as “Laurie Anderson-meets-the Velvet Underground-meets-Kraftwerk.”  The mellotron-drenched instrumental ‘Above & Overture’ closes the EP in style. Using only vintage ’70s instrumentation including TR77 drum machine and Stylophone, this could be a lost soundtrack to an Antonioni film re-imagined for the 21st century.

In the last few years the band have accrued strong support for their blend of electronic European pop. Founder of the Blitz club, Rusty Egan, has been an enthusiastic champion and remixed their track ‘Control Me’. As well as being reviewed and featured in Electronic Sound Magazine, The Irish Times, MOJO and more they have supported Dave Keuning (The Killers) Michael Rother (NEU!) and Wolfgang Flür of Kraftwerk (who collaborated on their album for Happy Robots, Deluxe / Debris) as well as completing a 20 date UK tour with Orchestral Manoeuvres In The Dark in 2017.

Tiny Magnetic Pets will be on tour in Ireland, the UK, Germany, Denmark & Holland in October-December as special guests of Midge Ure (1980 Vienna/Visage Tour) and over the same months will be back on the road with Orchestral Manoeuvres In The Dark for their Souvenir 40th Anniversary Tour.

*With Midge Ure **With Orchestral Manoeuvres In The Dark ***Headline Show