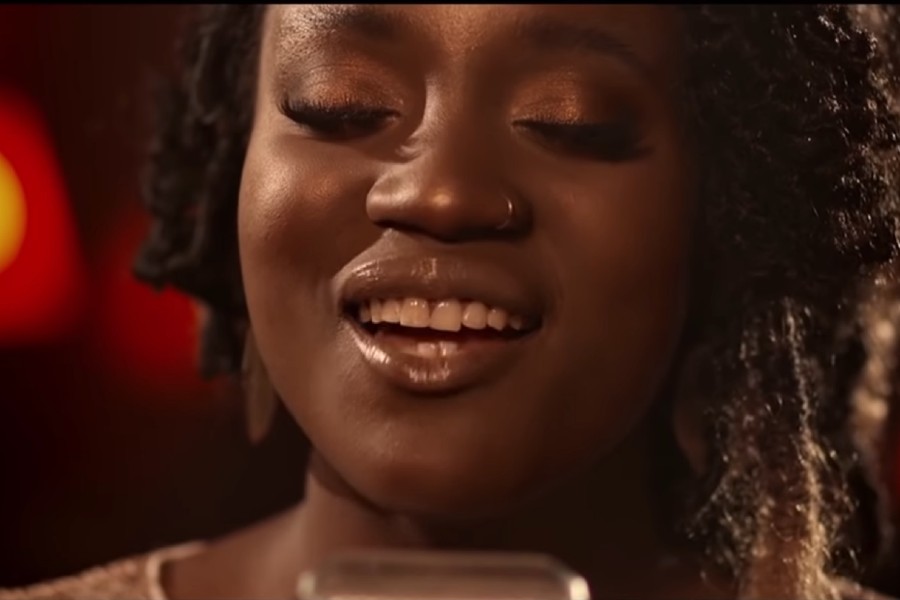 Offaly singer Tolü Makay teamed up with the RTÉ Concert Orchestra for a spell-binding cover of the hugely popular Saw Doctors hit ‘N17’, which aired on RTÉ on Jan 31st as part of their annual New Year’s special.

The video, which includes clips of Irish people sending messages to their loved ones back home, has captured the hearts of the nation, already clocking up over 30,000 views on Youtube, and over 800,000 views on Twitter.

As a nod to the Irish around the world who couldn’t make it home this Christmas Tolü’s version of The N17 with The RTÉ Concert Orchestra was put together by Kite Entertainment for RTÉ’s NYE Countdown Show. Commenting on the reaction to the song’s broadcast Kite MD Darren Smith said, “We knew we’d something special with this one, with the combination of Tolü’s stunning vocal, the orchestra’s beautiful arrangement and The Saw Doctors great lyrics we’d high hopes that it would get a great reaction but even we didn’t predict the outpouring of love it’s received from all over the world since Thursday’s nights broadcast. We couldn’t be happier for Tolü and can’t wait to see and hear what she does next”.

Tolü says: “Performing for the RTE New Year’s Show was incredible. I had no inkling of what to expect. Although I wasn’t performing in the same space with the concert orchestra because of restrictions (hopefully one day I do sing with them in person), the production team from Kite Productions, Susan Scannell, make up dept, Damien Chennells, and everyone involved made it such a heart-warming experience.

I don’t even have words really. Learning ‘N17’ by the Saw Doctors and singing the lyrics to the arrangement Gavin Murphy created really resonated with me. I felt every word I sang because it rang true! I went to university in Galway I was taught in prefabs! And not seeing my family for a whole year that was tough which I’m sure the whole world understood what that felt like over this holiday season.

No less than about 30 minutes after the show went live the tags on social media started going crazy. It wasn’t till the following day that I was absolutely awestruck and so shocked with the responses! And seeing that the Saw Doctors loved the rendition gladdened my heart! I was not expecting the wonderful reviews! So many people shared stories with me and how long they’ve been away from family. I cried my eyes out on the first of January with gratitude.

I’m beyond grateful to have been able to bring people into the new year and for it to be significant enough that it resonated with those living far from Ireland.”

Graham Norton tweeted “Maybe feeling fragile on New Year’s Day but this has reduced me to a sobbing mess. Huge congratulations to everyone involved in putting it together!!”

Dustin the Turkey tweeted “Sometimes I love being Irish. This is one of those times. Thanks a million @sawdoctors @ToluMakay”

Dara Ó Briain tweeted “Well this is just very beautiful. Well done to all involved. Very much one for the Irish and Irish abroad, this.”

This was Tolü’s second TV appearance over the holidays, you might have also spotted her in “Ireland in Music” – a new film which captures some of the country’s top musicians performing at Ireland’s most spectacular locations. The show saw the country become a stage, as Denise Chaila and Sharon Shannon perform along The Cliffs of Moher, Clannad perform in Poison Glen, Gweedore; Lisa Hannigan in the bandstand at Saint Stephen’s Green, and The Stunning outside Trim Castle.

The show featured a spine-tingling performance of ‘The Greatest Gift’, written and produced by delush (Enda Gallery), and performed by Enda and Tolü at Athlone Castle (skip to 14.40mins) https://www.rte.ie/player/movie/ireland-in-music/168779304013)

Tolü will release her debut album later in 2021.