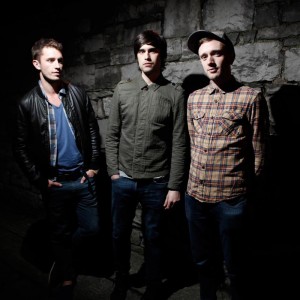 Kicking off the year with a bang and hoping to crack the U.K and Ireland’s underground music scene, Dublin based Electro-Pop gang VANN are certainly not far from their target.

After an explosive performance at the 2013 First Fortnight finale gig in a SOLD OUT Button Factory, the Retro-Infused, hard hitting set from VANN left the crowd in awe and begging for more.

With their debut EP anticipated to be released in early spring, this epic four piece have already made an imprint on the masses both in Ireland and abroad with their energetic, pulsating and absorbing synth based collection.

VANN have also secured placements for two of their forth-coming tracks with O2 for the 2013 O2 6 Nations advertisement campaign.

Having been heavily influenced by such bands as Talking Heads, LCD SoundSystem, M83 and Fleetwood Mac (to name a few), VANN portray an intensely nostalgic 1980′s vibe that really grips you and will leave you feeling like you have stepped back in time.

All in all 2013 is shaping up to be the platform year for VANN having already secured several major festivals.

”VANN are an outstanding band with a trademark sound that marks them out as one of THE bands to watch in 2013.” – U&I Music.