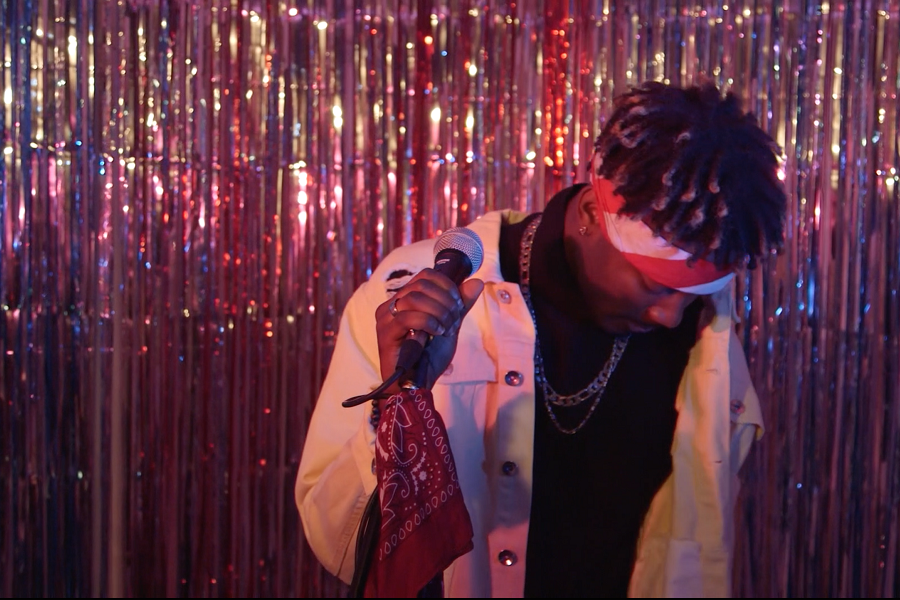 VJ Jackson has announced that his long-awaited new single and video for ‘FAMOUS’ will be released on October 5th. To celebrate the launch VJ has also just confirmed his first headline show in The Workman’s Club on October 19th with support from Rueben James, Sean X and Yomi.

Recorded in ‘Diffusion Labs’ with Marcin Ciszczon (Jafaris, Soulé, Hare Squaed), ‘FAMOUS’ follows on from VJ’s previous releases ‘Slow Down’, ‘I’ll Come Down’, and his feature on Reuben James’ song ‘Everything You Need’.

Following high energy performances in Wigwam, in Tengu for ‘Soul Etiquette’s 3rd Birthday‘ show with RTE Pulse, at The National Basketball Arena in Tallaght, and most recently in The Sugar Club – fans can expect a high production show with full live band on the night.

VJ Jackson is an Irish artist specialising in Souful / R’n’B / Pop songs. Waving the flag for Tallght in Dublin, VJ is ready to make his mark on the scene and become a household name in the process.

Singing lead in choir from a young age and playing guitar, keys and drums, VJ began busking in Dublin city centre while attending BIMM College, developing his song and stage presence – something that needs to be experienced in person to be fully appreciated.

VJ Jackson will perform at The Workman’s Club, Dublin on Thursday the 19th of October 2017.
Tickets are available online from: www.vjjackson.eventbrite.ie priced at just €6 inc. booking fee or €8 on the door.

Doors at 8pm. With support from Rueben James, Sean X and Yomi.