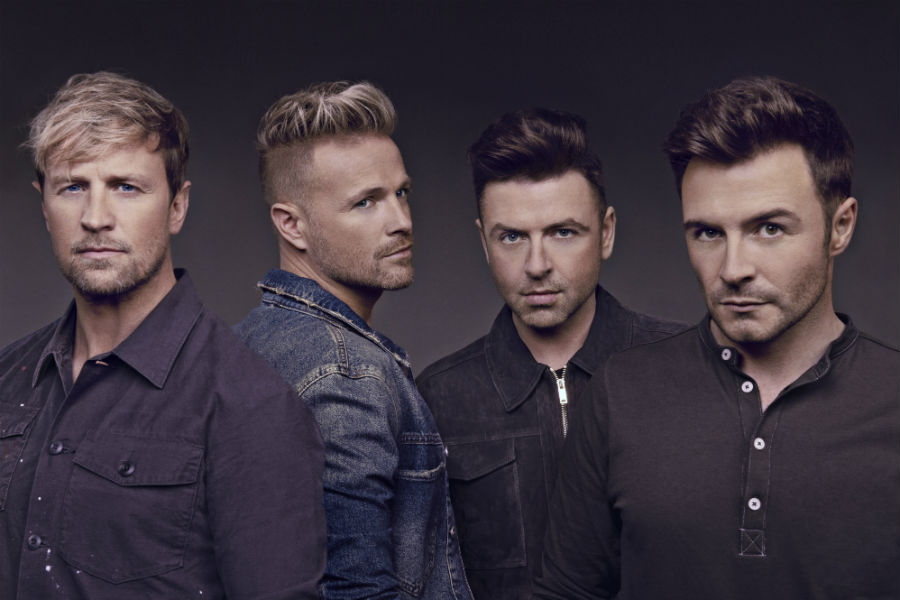 Ireland and the UK’s top-selling album group of the 21st century, Westlife, will release their highly anticipated new album, ‘Spectrum’ on 6th September, 2019.

Recorded in Dublin, LA and London, the 11 track album cements Westlife’s stellar return to the international music scene on the exact day they mark the twentieth anniversary of the release of their first ever UK single. ‘Swear It Again’ was released on 12 April 1999.

Written and produced by superstar hitmakers such as Steve Mac, Ed Sheeran and James Bay, the album showcases the band’s stunning vocals with a collection fresh pop anthems and soul-stirring ballads.

It includes the stellar first single of their music comeback ‘Hello My Love’ as well as their current hit ‘Better Man’.

“We’re all driven by trying to create the best album of our careers. Our fans deserve the very best version of Westlife possible and with this album we feel that we’ve achieved that. The album has everything that we love in music, heartfelt emotional songs and also great uptempo’s that are designed for our stadium performances. We couldn’t be happier with how the last few months in the studio have gone and we cannot wait for our fans to hear the end results.

“We are making new fresh pop music for old and new fans alike and are so excited to share ‘Spectrum’ with everybody,” the band say of the album.

Speaking about their collaboration with Ed Sheeran and reunion with iconic music-maker Steve Mac, who has written some of Westlife’s biggest hits, the boys add:

“The first person we wanted to collaborate with was with our long term friend Steve Mac. Steve has played such a pivotal role in the success of Westlife over the years, writing and producing some of the biggest songs of our careers. Steve was enjoying global success working with Ed Sheeran and they co-incidentally wrote a song for Westlife not knowing that we were discussing coming back together, so the stars.  really aligned.”

Shane, Nicky, Mark and Kian announced their return to music in October 2018 when they signed a new deal with Virgin EMI.

Their pop comeback includes their fastest-selling UK and Ireland tour of all time confirming Westlife’s position as national music treasures.

Celebrating Westlife’s 20th anniversary, the tour will kick off in Belfast on 25th May, with the run of live shows ending in Dublin on 5th July.

‘The Twenty Tour’ sold an incredible 400,000 tickets in just 48 hours. The band have also recently announced they’ll be touring Southeast Asia with 8 massive shows in July and August.

Westlife have sold over 55 million records worldwide, and are the only band to have their first 7 singles enter the UK chart at No.1. They also have the most singles of any artist to debut at No.1 in the UK. Overall the band have had an incredible 14 No.1 singles, behind only Elvis Presley and The Beatles. They have had 33 No.1 albums worldwide and as a live act have sold 5 million concert tickets worldwide.

Spectrum is available for Pre-Order now!