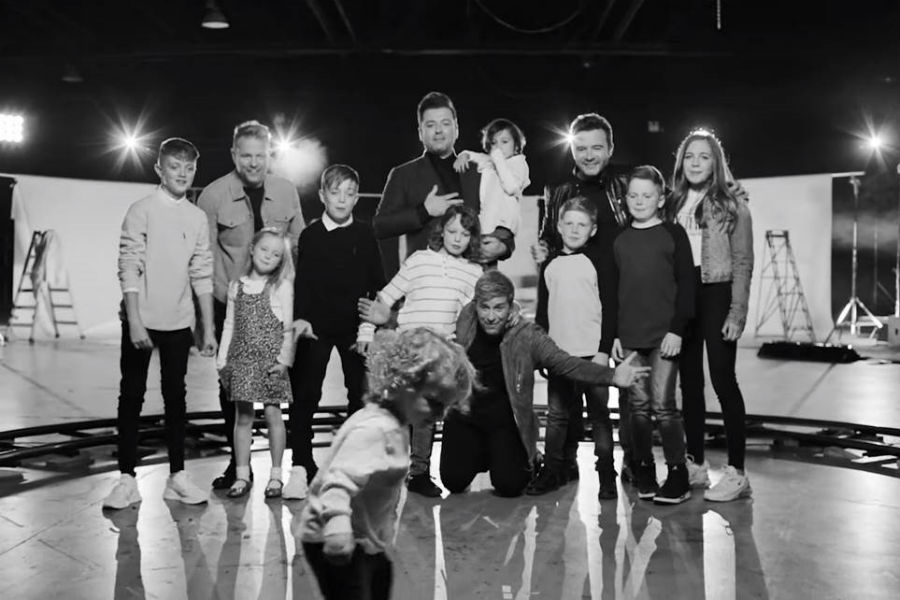 The UK’s top selling group of the 21st century, Westlife, have released ‘My Blood’ – the powerfully poignant single from their forthcoming  album ‘Spectrum’.  The distinctly mid-tempo heartfelt ballad, co-written by Ed Sheeran and Steve Mac, once again shows the Irish pop superstars on their finest form since their sensational return to music.

Shane, Nicky, Mark and Kian sing about the emotion of raising family and protecting their children in the beautiful new single. This comes weeks after Mark Feehily announced the arrival of his baby daughter, Layla.

“Say My Name when you’re hurting Darling, I’ll take the demons away.

But you know there will come a day when I wont be there,

But I know that you’ll be okay,

‘Cause you are My Blood”

“My Blood has such beautiful lyrics. It is a powerful, heartfelt song which has such a strong meaning for all of us. The single reflects where we are at this time in our lives – raising children and starting families.”

The uplifting new music video accompanies the new single which, in a first for Westlife, features all of their children. And in a surprise for fans, the video includes a moving clip of home-footage taken by Mark’s fiancé Cailean of Mark and his newborn daughter.

Westlife’s return to music has been a phenomenal success and has seen the nation fall in love with the Irish superstars all over again. The band recently announced they will be performing their first ever Wembley Stadium show in London next August. They have also announced their first ever shows at Cork’s Pairc Ui Chaoimh. Tickets for Westlife’s Pairc Ui Chaoimh show next August are available at www.ticketmaster.ie