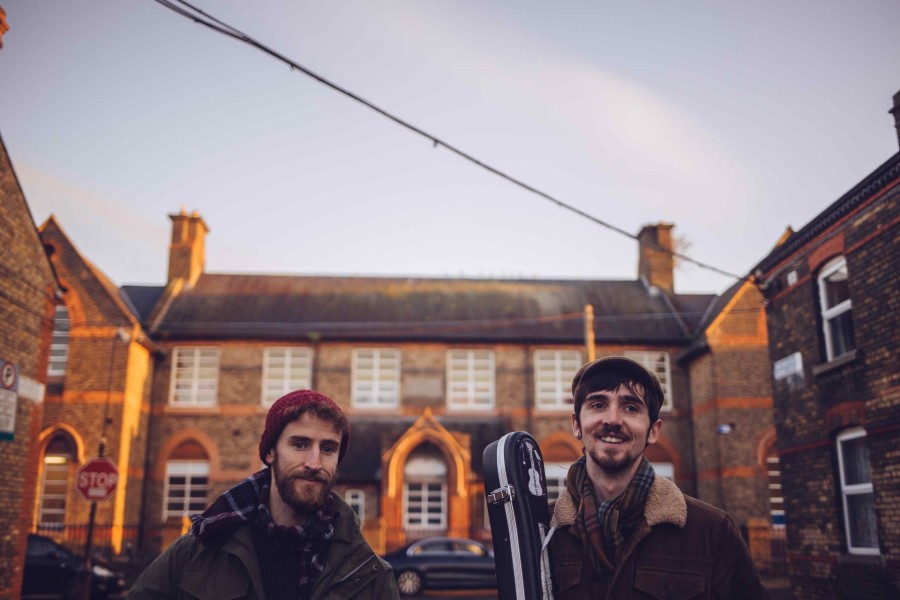 The brothers, Diarmuid and Brían Mac Gloinn, learned ‘I’m A Rover’ from their mother when they were young, and believe it travelled from Scotland to her home of Arranmore Island, off the coast of County Donegal, becoming this distinctly unusual version of the song on its oral journey.

‘The Bothy Lads’ is a song Ye Vagabonds learned and honed at singing sessions, before becoming a highlight of their spellbinding live shows. “We first heard this from our good friends Luke Mercier and Anthony Mannion in Walsh’s Stoneybatter one night, and they introduced us to the singing of Cilla Fisher and Artie Trezise, from whom we learned this song.”

Speaking about the making of the video, Brían says: “René Reusser and his partner Mirjam run the most beautiful gigs in a venue at their home in Brienz, Switzerland. We visited in December 2019. They do nothing by halves there. Even their posters are made in the spirit of adventure that often require a small team to pull off and photographers dangling from trees. René had an idea to make a video with the two of us in one canoe and himself and Martin, the cameraman, in another. One-take videos are hard to pull off. You need a good idea. In this case, it also required René‘s very steady paddling.”

The cover photo was taken by fellow Vagabond Alain McFadden, backstage at Dublin’s National Concert Hall before the band’s biggest headline gig to date, in October 2019. The sleeve was designed by Brían and Diarmuid’s brother-in-law, Jesse Smith, whose fiddle playing was central to the sound of ‘The Hare’s Lament‘.

“We recorded both songs live within two or three takes. We’re delighted with this snapshot we got at the end of the Before Time.” – Brían Mac Gloinn, Ye Vagabonds.

‘The Bothy Lads’ (Track 2) can be found exclusively on the 7” record.

‘I’m A Rover’ on Spotify: https://open.spotify.com/album/4gCYrHbYgj9cFRRCYL7CHr?si=wJ0Y974zSzqN7Iv0R3If4g