We asked a few of the artists… 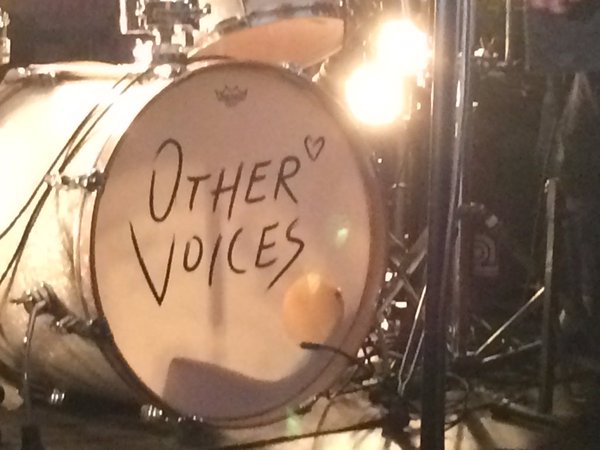 We asked a few of the artists who performed at various strands of Other Voices in Dingle this year (IMRO stage at McCarthy’s, IMRO Other Room, St. James’s Church, and the Music Trail) to describe their experience and feelings about the project and series, which has essentially become a vital platform, as well as reflections on the last year, and hopes for the next.

First up is the Dublin-based Floor Staff, who released The Good Luck EP earlier this year, with the debut full-length due for release in 2015. Floor Staff is “the musical moniker of Anthony Donnelly”, and is more of a musical project, “and not a band in the traditional sense”, he says, and they performed on the IMRO Stage at McCarthy’s this year.

–“To meet with, and to play alongside some of my favourite artists on the billing for Other Voices in Dingle this year was something very special. The whole town, which is completely engulfed in the atmosphere of the festival for that weekend is like a film set designed for a movie. There was a great vibe among the musicians and audiences. As if everyone had benefited from the cleansing effects of traveling across the island.

2014 saw the release of my debut EP ‘The Good Luck EP’ in The Button Factory. It was a great night and encouraging to see such support. This year there was a lot of growth, music video releases, nailing down a live performance and the first festivals and shows outside of Dublin. Floor Staff has been included in a number of encouraging lists including, Ones To Watch, HWCH and faces of 2014. People have been kind in the blogosphere and online in general.

The objective now is to move forward, not just to maintain a standard but to improve in areas which I feel are important. To challenge myself not to lose sight of why I’m doing this or what I’m trying to convey and also not to be defined.

I’ve begun steadily to grow in confidence creatively and feel I’m beginning to etch out a musical identity for myself. This is something I would like to strengthen in 2015 with the next release, probably an album. A confidently presented, cohesive piece of work that is meaningful to me.

The next show and last act of this year is on the 31st of December in Bello Bar in Portobello. I’ll be performing along side some artists who are both my friends and musicians I admire: Participant, Tandem Felix and The Magpies. It will undoubtedly be a night to remember.” – Anthony Donnelly