The headquarters of the Irish Music Rights Organisation (IMRO) was packed to capacity last night (Tuesday 28th February) for the IMRO Live Music Venue of the Year Awards 2011. Cork Opera House CEO Mary Hickson was on hand to accept the premier accolade of IMRO National Live Music Venue of the Year, which was presented by IMRO Chairman and legendary Moving Hearts man Keith Donald and IMRO CEO Victor Finn. Electric Picnic took home the Irish Festival of the Year Award. 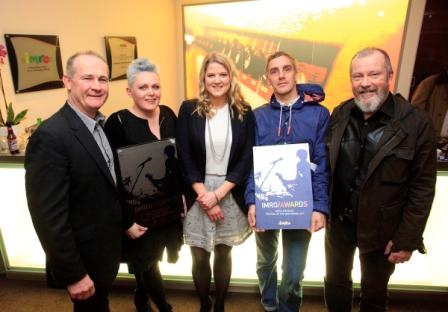 Of the awards, Victor Finn, CEO of IMRO said: “The contribution that live music venues and festivals make to local economies is often not recognised and their value in a social and cultural sense within communities is priceless. We are delighted to recognise the contribution that these first class facilities make and to celebrate their achievements”.