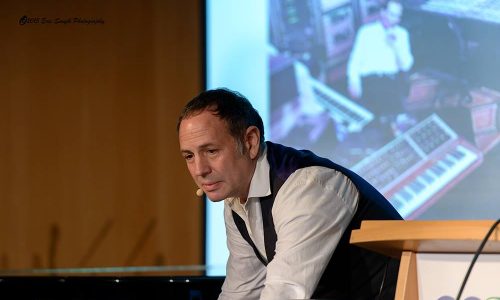 In this seminar, award winning and Emmy nominated composer Craig Stuart Garfinkle will show, using the actual scores and ProTools sessions from his music from games such as World of Warcraft and Baldur’s Gate, how the contemporary composer composes and produces their scores.

Included will be how he integrates programs such as Apple Logic, ProTools and Sibelius, to create the best workflow.

He will also demonstrate some of his favourite tools, such as The Vienna Symphonic Library, MIR PRO X, Ivory, and a host of other audio toys for the amateur and pro alike.

Finally, he will discuss his overall philosophy of composition and how he uses it to paint the visual image.  He’ll touch on techniques such as using point of view, foreshadowing, visual phrasing and visual tempo to create effective scores.

Most recently, Craig was a composer for the iconic video game, World of Warcraft and its recent expansion, Warlords of Draenor (Hollywood Music in Media Award, Best Video Game Score, Nominated for the ASCAP composer’s choice award, among many other nominations).  This is a continuation of Craig’s experience in video games which dates back to the earliest Dungeons and Dragons video games.

Other recent TV projects would include the VH1 sketch comedy program, Stevie TV. The show features numerous musical parodies of current artists such as Lady Gaga and Katy Perry.  Craig performs, produces, and co-composes these songs.

His music has appeared in 100’s of other film and television projects such as NBC’s The Office, X Factor, Fringe, Lost, The Sopranos, and America’s Got Talent.

Craig is maybe best known, however, for his musical contribution to film trailers (140+), often with partner Simone Benyacar (of The Ant Farm). Some of the projects in this genre would include: Red, J.J. Abrams Star Trek, Sin City, the last three “Harry Potter Films,” Vicky Christina Barcelona, Over the Hedge, Spider-man III, HALO II,  James Bond, A Quantum of Solace, and many more.

Finally, Craig is a respected film music educator who has lectured at many universities and for composer organisations world-wide, most notably for UCLA Continuing Studies, Columbia College Chicago, Screen Training Ireland, The Dublin International Game Music Festival, The University of  Southern California, The Society of Composers and Lyricists, and Ilio Entertainment.  In 2011 he received the “Arts Instructor of the Year” award from the UCLA Entertainment Studies Program, where he lectured for 12 years. 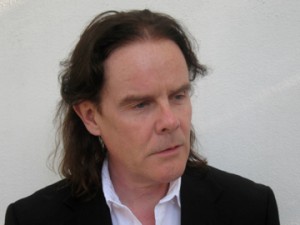 Lights, Camera, Music at The Ark

This May and June, The Ark is hosting a series of events combining music and film. “Lights, Camera, Music” is providing budding young musicians and their families with a taste of the worlds of music and film.

The cultural centre for children will be hosting a series of weekend workshops, schools workshops and fun family concerts over the course of the coming weeks.

As well as workshops for the tiniest musicians, a course for primary school music teachers and workshops by composer and saxophonist, Nick Roth and sound artist, Judith Ring, there will be family concerts with Harry Bird and the Rubber Wellies and the Iberian Percussion Extravaganza.

This Saturday, pianist Elaine Loebenstein will be running a workshop called “Not-So-Silent Movies” in which she will set children’s imaginations alight in creating on-the-spot music for silent cartoons and early film comedies.

Composer, Karen Power, will host “Surprising Sounds in Technicolor” later this month, in which she will help children to listen to and discover the musical potential in all kinds of objects. Using the colour in films as a source of inspiration, she will be helping participants create soundscapes for the films.

In June, composer, Brian Irvine, will be hosting workshops packed with musical experimentation, exploration and creation. Brian has written music for Film Four, Sesame Street, and RTÉ, and in these workshops he will use film to inspire participants to create their own outrageous and imaginative improvised musical ideas.

For full details of all the Lights, Camera, Music events taking place in The Ark, visit their website at www.ark.ie.