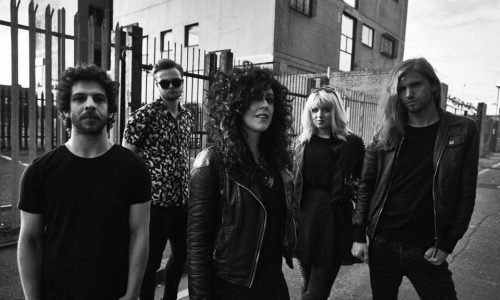 Fresh from their Belsonic 2016 performance, Moira Calling is pleased to announce an addition to the main stage line-up with Belfast five piece Pleasure Beach.

The Belfast five piece turned heads with the hotly tipped Dreamer To The Dawn, a three song collection which introduced their immersive, anthemic and distinctly tuneful indie rock. The spirited infectiousness of the songs saw them included in the sought after Blog Sound of 2016 list.

At radio they enjoyed a cross section of support from national radio in their native Ireland and all the way to the tastemaking KEXP in Seattle, while live they supported Ezra Furman, All Tvvins, The Vaccines and Jape among others. ‘Go’, their first song to appear to a flurry of excitement online went on to garner over 400 thousand plays on Spotify and was nominated for Choice Music Prize Song Of The Year.

Already played by Huw Stephens at BBC Radio 1, ‘Magic Mountain’ continues where the EP left off with majestic riffs, cathartic ambiance and spirited melody, albeit with an added sense of grit.

You can buy tickets for the event through Ticketmaster