RiZA Announce Their New Single And Video For ‘Thank You’

RiZA Announce Their New Single And Video For ‘Thank You’ 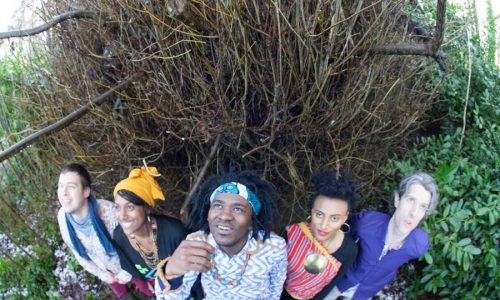 RiZA is the latest project by the dynamic Congolese guitarist/singer Niwel Tsumbu, described as “a truly exceptional guitarist” by allaboutjazz. RiZA features Niwel Tsumbu on guitars and vocals, his long-time collaborator Eamonn Cagney (of Treelan) on percussion, Emma Garnett (Feather) and Sallay Garnett (Loah) on vocals, and Paddy Groenland (Ensemble Ériu, Manden Express) on guitar. Today RiZA unveil the dynamic new single & video ‘Thank You’ as a taster for their debut album due for release in early 2017.

Niwel explains the theme of ‘Thank You’ – “The song is really a way to express gratitude to my wife as a friend and for all the support she has given me over the years. I often say without the influence of women we would still be living in caves! Sometimes we take it for granted what we have until it is gone so, I thought I should do it now. But this is not just about my wife; gratitude is a quality that has a direct connection to happiness. We should never forget it as a species – being grateful is a great way to increase our well being and life satisfaction.”

Featuring two ballet dancers dancing and weaving ribbons through a fence, the video was recorded on location in Berlin and was directed by Steve Glashier (Fatboy Slim, Chrissie Hynde, Juliette Lewis). ‘Thank You’ was recorded and mixed at the prestigious Peter Gabriel Realworld Studios in Wales, alongside the rest of the tracks which will form their debut album due out in the new year.

RiZA is a celebration of life and exploration through sound with acoustic instruments, weaving the rich tapestry of African rhythms with contemporary harmony and drawing inspiration from our life experiences. 2015 saw the launch of RiZA with appearances at festivals around Ireland including Africa Day and the recording of the album at Real World Studios. The album release, due to happen last year, was put on hold to allow Niwel to return to Congo to care for his ill Mother. Now, Niwel is focusing on RiZA by launching the new video “Thank you” and preparing for the launch of their debut album.

LIVE DATES:
Niwel is performing at the Creative Connections Festival in Barcelona from October 24th – November 4th, a unique event to forge connections between Irish & Catalan cultures through workshops and performances. On November 18th Eamonn and Niwel will perform a free show at UCC, on 26th November RiZA will perform at Sugar Club, Dublin as part of the Improvised Music Company’s 25th Birthday celebrations and on November 28th see Niwel perform a solo show at JJ Smyth’s as part of Dublin Guitar Night.

About Niwel Tsumbu
Since arriving in Ireland in 2004 from the Congo, Niwel Tsumbu has developed an enviable reputation as a masterfully elegant and fluent guitarist, vocalist, musician, collaborator and composer. He has performed with the finest Irish and international musicians (Sinead O’ Connor, Glen Hansard, Liam O’ Maonlai, Baaba Maal, Donal Lunny, Donal Dineen) while continuing to craft his own distinctive sound derived from rhumba, soukous, classical, jazz, world, rock, and much more. Renowned for his versatility and virtuosity, Tsumbu has appeared at many festivals around Ireland and overseas including China at Expo alongside Xiaohui Ma. His performance of ‘Electric Counterpoint’ at The Reich Festival in front of composer Steve Reich at Kilkenny Arts Festival was a triumph. He continues to collaborate with leading artists and theatre companies including Abbey Theatre, Cork Opera House and Roger Doyle Heresy Opera. 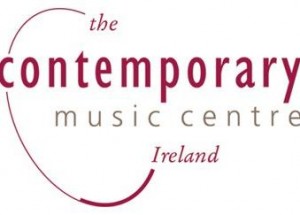