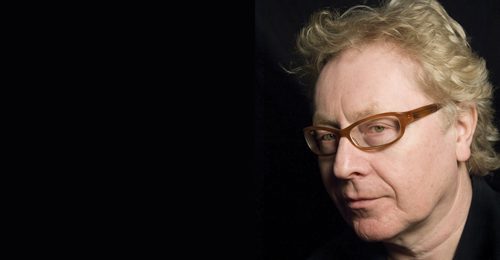 12th January 2017: Kilkenny Tradfest has announced that singer, songwriter and instrumentalist, Paul Brady will headline this year’s festival. Kilkenny Tradfest, takes place over the St Patrick’s Day weekend (16th – 19th March) and this year the festival will celebrate its 5th anniversary. Once again Kilkenny Tradfest will showcase and celebrate the best of Irish traditional and folk music in a variety of unique venues across Kilkenny city, and over the coming weeks the packed schedule, with something for all the family, will be revealed.

Making his debut appearance at Kilkenny Tradfest, Paul Brady’s performance will be a highlight of the festival, with Paul taking centre stage within the stunning setting of St.Canice’s Cathedral on Thursday 16th March.

Commenting, Malcolm Noonan, Kilkenny Tradfest Chairperson said, “It is with great excitement that we announce internationally renowned Paul Brady, as our headline act for this years’ festival. Paul will be performing a very special concert at St.Canice’s Cathedral in the heart of Kilkenny City. Paul is one of Ireland’s most highly regarded and successful artists. He continually crosses musical boundaries, incorporating folk, rock, blues, traditional Irish and classic pop styles into his song writing. It is a really special treat for Kilkenny Tradfest and we’ve no doubt tickets will be in high demand.”

Paul’s live performances, whether solo or with full band, include songs from his extensive catalogue of 40 years. He began to write songs in the early 80s and has since forged a reputation as one of Ireland’s finest singer-songwriters, releasing many popular and critically acclaimed records. An evening with Paul Brady on stage is a captivating experience, as he invites you into his world of songs and music in a way that will surprise in its intimacy, sense of fun and raw power.

Tickets on sale from Friday 13th January – in person from Rollercoaster Records, Kilkenny or online from ticketmaster.ie €35 plus Booking Fee